Send Valley June 13, 2022 0 1 min read
The Sheep Fire grew from 35 acres Sunday morning to 775 acres by the afternoon, according to InciWeb. The fire is only 5% contained.

“Wrightwood is under an evacuation warning. There is a road closure from Hwy 138 to Lone Pine (Highway 2),” according to the incident overview.

CNN has reached out to authorities for details on how many residents are under the evacuation orders.

The fire began on Saturday evening. The cause remains under investigation.

Located around 23 miles outside the Los Angeles area, the forest is “within one of the driest, most fire-prone areas in the United States,” according to the Angeles National Forest site.

Southern California fire officials have already warned of a challenging fire season ahead.
Robert Garcia, the US Forest Service’s fire chief for the Angeles National Forest, told CNN last week that the summer months are off to a “concerning start.” Firefighting resources have been mobilizing since March to Arizona and New Mexico, where the Black Fire just became the state’s second-largest blaze in history.

“Southern California typically has a fire season of historically late June and then into the fall,” Chief Garcia said. “But we’re seeing activity now year round.”

Angeles National Forest is already under fire restrictions expected to expand around the forest in coming months, he said. 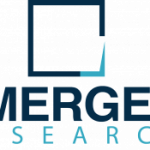 Next Article Biomimetic Technology Market to Worth $17.73 Billion by 2027 | Emergen Research

It’s Week 11 and Thanksgiving is next week. Additionally, most trade deadlines coincide with Thanksgiving, so we’ll focus on playoff schedules for buys and sells. […]

CNN  —  Trip Valigorsky’s beachfront home in a tight-knit community in Volusia County, Florida had been in his family for nearly 15 years before it […]

The fire broke out at around 1 a.m. at the Mountain B nightclub, a one-story building in the Sattahip district of Chonburi province, southeast of […]