South Carolina, Stanford coaches use matchup to back Brittney Griner

STANFORD, Calif. — South Carolina coach Dawn Staley and Stanford coach Tara VanDerveer wore long-sleeved shirts honoring Brittney Griner as part of a series of efforts to support the detained WNBA star during their teams’ No. 1 vs. No. 2 matchup Sunday at Maples Pavilion.

The coaches got together on court before the game for a moment of silence for Griner, who is imprisoned in Russia after being convicted in August of drug charges. The Phoenix Mercury center was arrested in February in Moscow and is spending her 276th day in confinement as of Sunday. The U.S. State Department has classified Griner as “wrongfully detained.”

Stanford also set up a letter-writing station in the Maples concourse Sunday to send cards to Griner, collecting hundreds of messages.

“I went up and wrote a letter,” said Staley, who wore a “Free BG” cap after her Gamecocks won 76-71 in overtime. “Tara is leading this campaign on this particular campus, and we both know Brittney. She’s been part of our basketball family, and she’s in a fight for her life. I know there are other Americans that are wrongly detained, and obviously we want them all to come home, but when you have a relationship and a friendship with someone, it’s personal.

“It’s a personal fight for us to bring her home, and every little bit counts. Every little bit, every letter. … If it was anyone’s loved one, loved ones, you would fight for them. I do think there’s a waymaker out there that’s going to make the way for her to get home a lot sooner hopefully than a lot of people expect. I’m one that’s going to think optimistically and prayerfully that she gets home soon.”

The back of the T-shirts, which were designed by Playa Society and are expected to be available for sale later this month, have a message to Griner that reads: “Dear BG: We love you and are fighting for you. Millions of us are uplifting your name every chance we get, and we won’t stop until you are home. We hope our love and support reaches you and ultimately sets you free.”

A portion of the profits from the sale of the shirts will go to the Bring Our Families Home Campaign and the James W. Foley Legacy Foundation, both of which advocate for the rights of Americans detained in other countries.

A video message in support of Griner showed on the big screen shortly before tipoff, and Stanford wore “BG” patches on its uniforms.

Griner won gold medals as part of the U.S. Olympic women’s basketball team in 2016 and 2021, the latter when Staley coached the Americans. Staley played for VanDerveer when the Americans won the 1996 gold medal.

VanDerveer spoke before the game about some of her memories of Griner when she was at Baylor. Griner’s Bears squad finished a 40-0 NCAA title season in 2011-12 with a championship-game victory over Stanford.

After the game, VanDerveer brought up Griner right away in her news conference.

“It’s been 276 days since Brittney Griner has been incarcerated in Russia,” VanDerveer said. “Hopefully, we brought some good attention to that. We’ve been saying something every game and having a moment of silence for her. We need to bring her home.”

The Associated Press contributed to this report. 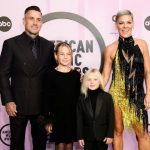 As President Biden heads to Saudi Arabia to ask the the Middle Eastern country to produce more oil, representatives of the American energy industry say […]

Inflation rose 0.1% in August even with sharp drop in gas prices

Inflation rose more than expected in August as rising shelter and food costs offset a drop in gas prices, the Bureau of Labor Statistics reported […]

Comment on this story Comment The U.S. government has examined the wreckage of Iranian-made drones shot down in Ukraine, deepening its insight into the unmanned […]