The University of Vermont Health Network ended its fiscal year on Sept. 30 with a $90 million loss, despite receiving $55 million in one-time federal and state funds to cover pandemic-related expenses.

The primary cause of the loss, which the network said amounted to 3.3% of its overall budget, was ballooning staffing costs, said Rick Vincent, the network’s chief financial officer.

“It’s all labor,” Vincent said. “And temporary staff is the biggest component of that.”

At the same time, like hospitals across the country, those within the UVM network had to rely more on traveling nurses and other medical support staff to fill staffing gaps, while the rates charged by placement agencies for that temporary staff increased. According to Vincent, the combined effect led to a $95 million increase in the network’s expenses in Vermont.

The increased costs total more than the reported deficit because the network’s budget for 2022 also included an operating margin of $66.5 million to be invested in improvements to buildings, the purchase of equipment and training. The network put many of these investments on hold or, where they were necessary, covered them using cash reserves, Vincent said.

Health network finance managers were already anticipating significant losses at their two largest hospitals this spring when they sought permission from the Green Mountain Care Board to raise rates charged to commercial insurance carriers. These increases are ultimately passed on to businesses and individuals in the form of premium hikes.

The increased rates offset some of the losses, particularly at the network’s flagship hospital, which ended the year only $23 million in the red. However, Central Vermont Medical Center ended the year with a deeper loss than anticipated, at $17 million. Losses at Porter Medical Center and UVM Health Network Home Health & Hospice were $2 million and $9 million, respectively.

“The new rates definitely helped, but not to the extent to wipe out the increase in loss that we incurred since our projection in the spring,” Vincent said.

The focus now for health network leaders, including incoming president and CEO Sunil Eappen, is increasing revenue and reducing costs to improve the bottom line in the current fiscal year.

Regulators at the Green Mountain Care Board in September approved large commercial insurance rate increases for the network’s Vermont hospitals. However, health network leaders say those increases alone will not be enough to create the $245 million swing to the positive that they believe is required to make up for delayed investments and replenish cash reserves.

Executives are looking to increase coordination across the network’s hospitals for some of that improvement. “We do feel that we have a solid plan in place,” said Vincent. “We are confident we can close the gap.”

That plan is described as a series of related initiatives network managers call the Path Forward. Among other strategies described in the plan, managers believe that electronic medical record sharing between Vermont and New York facilities will help in sending patients to where beds and diagnostic services are available. Balancing staff on a system-wide basis should also assist in reducing reliance on traveling nurses and other temporary medical staff, and to utilize them more effectively, according to the plan.

Mike Fisher, chief health care advocate for Vermont Legal Aid, said he was heartened that UVM Health Network’s strategy in the coming year did not include seeking an additional commercial rate increase.

“I think that is noteworthy and I would commend them on that,” he said.

Did you know VTDigger is a nonprofit?

Our journalism is made possible by member donations from readers like you. If you value what we do, please contribute during our annual fund drive and send 10 meals to the Vermont Foodbank when you do. 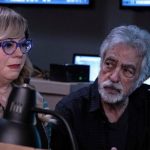 Why mandating boosters for college kids is a no good, very bad, dumb idea  – The Health Care Blog

COVID-19 By ANISH KOKA and VIRAL MYALGIA A number of colleges have mandated boosters for students returning to campus this fall. There are some points […]

With Kaiser Permanente’s Santa Rosa Medical Center in the background, a flame from an open gas valve burns at the Journey’s End mobile home park […]

In recent years, FDA has approved a number of pieces of software that use artificial intelligence (AI) under its medical […]