Three years after trading a first-round pick to acquire him from the Miami Dolphins, the Steelers have signed two-time All-Pro safety Minkah Fitzpatrick to a new five-year deal, making him the NFL’s highest-paid safety, CBS Sports NFL insider Jonathan Jones has confirmed.

Fitzpatrick’s new contract will include $73.6 million and $36 million guaranteed with an $18.4 million annual salary, as first reported by ESPN. Fitzpatrick was slated to earn $10.6 million this season as part of his fifth-year option.

“We are very excited to sign Minkah to a new five-year contract,” Steelers GM Omar Khan said in a statement. “Minkah is one of the top safeties in the NFL and we are thrilled he will be in Pittsburgh through at least the next five years. When we traded for him, we knew he was going to be an integral part of our defense and we look forward to that continuing as we prepare for the upcoming season.”

“I am very excited,” Fitzpatrick said shortly after signing the contract. “I am still kind of in shock right now. It’s a blessing. I am really excited. It’s just the beginning. I am appreciative. I am thankful. Now I just want to keep on chopping.

“I love the history here. What it stands for. The standard we are held to. The standard Coach (Mike) Tomlin holds us to, on the field and off the field. The standard of winning playoff games, division titles and championship games.

“I really like it here. I have been playing well the last three seasons, at a high level. I love the atmosphere, the coaching, the tradition. Being able to continue that for the next few years is definitely a blessing.”

Fitzpatrick, 25, has been one of the league’s top players since moving to Pittsburgh from Miami. The 11th overall pick in the 2018 NFL Draft, Fitzpatrick earned All-Pro honors in each of his first two seasons with the Steelers. He tallied five interceptions, two forced fumbles, three fumble recoveries and and two defensive scores in 2019, his first season in Pittsburgh. He had four picks and his third career pick-six in 2020 while helping the Steelers win the AFC North division crown.

Last season, Fitzpatrick was often asked to help mask the Steelers’ deficiencies in the front seven. While that led to a dip in interceptions, Fitzpatrick recorded a career-high 129 tackles, 45 more than he had in the same amount of games in 2020. His presence helped the Steelers make the playoffs following a 1-3 start. 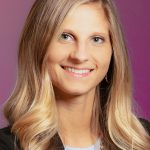 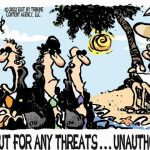 Premier Boxing Champions Danny Garcia and Jose Benavidez are ready to build their cases for a world title. Showtime Championship Boxing announced on Wednesday that […]

Getty Images Through his first three NFL seasons, Terry McLaurin has been one of the NFL’s best wide receivers. If the Washington Commanders want to […]

Former unified lightweight champion Teofimo Lopez Jr. has some explaining to do. That’s why Saturday’s return from his first pro defeat and nine months of […]

Getty Images NBA free agency is under way, and it’s moving along at a rapid pace. As of Thursday evening, teams and players could officially […]