Mike Tomlin leads the Pittsburgh Steelers on the road for a Week 3 matchup against a division rival. The Steelers will visit the Cleveland Browns for a Thursday Night Football tilt between 1-1 teams. Pittsburgh lost to the New England Patriots by a 17-14 margin last Sunday. Cleveland collapsed under the weight of a 13-point lead in Week 2, ultimately falling to the New York Jets, and the Browns will try to respond after losing both contests to the Steelers during the 2021 season.

Kickoff is at 8:15 p.m. ET in Cleveland. Caesars Sportsbook lists Cleveland as a 4.5-point favorite, while the over/under, or total number of points Vegas thinks will be scored, is 38 in the latest Steelers vs. Browns odds. Before making any Browns vs. Steelers picks, be sure to see the NFL predictions and betting advice from SportsLine’s proven computer model.

The model also ranked in the top 10 on NFLPickWatch four of the past six years on straight-up NFL picks and beat more than 94% of CBS Sports Football Pick’em players four times during that span. Anyone who has followed it is way up.

Now, the model has set its sights on Steelers vs. Browns, and just locked in its Thursday Night Football picks and predictions. You can head to SportsLine now to see the model’s picks. Now, here are several NFL odds and betting lines for Browns vs. Steelers:

Why the Steelers can cover

Pittsburgh has strengths, but the Steelers should also benefit from Cleveland’s shortcomings to this point in the season. On offense, Cleveland is below the NFL average in passing yards and yards per attempt, and that projects to continue with Deshaun Watson suspended. On defense, the Browns scuffled in glaring fashion against the Jets last week, giving up 31 points, and Cleveland is allowing 27.5 points per game. Cleveland is strongly below-average in passing yards allowed, passing touchdowns allowed, net yards per pass attempt allowed, and third down defense. Pittsburgh is also stout on defense, giving up only 37 points in two games.

The Steelers have a top-tier star in Minkah Fitzpatrick, who already has two interceptions this season, and Pittsburgh is near the top of the league in interceptions (five) and turnover creation rate (25%). Opponents are producing only 4.0 yards per carry on the ground against the Steelers, and Mike Tomlin has a sterling reputation for having his team ready in difficult situations such as a short week on the road in division play.

Why the Browns can cover

Cleveland’s offense is off to a flying start, ranking solidly in the top 10 of the NFL in several categories including points per game, points per drive, yards per carry, and rushing yards. On defense, the Browns are also immensely talented, and Cleveland is above-average in total yards allowed with only 330.5 per game. Cleveland is in the top 10 in allowing only 35 first downs, and opponents have only 147 rushing yards against the Browns in two games. That includes 3.8 yards per carry allowed, and Myles Garrett is one of the best defenders in the NFL.

Garrett, a dynamic defensive end, was selected as an All-Pro the last two seasons and has four consecutive campaigns with double-digit sacks. Garrett has three sacks in two games this season and leads a Cleveland defense that should prosper against a struggling Pittsburgh offense. The Steelers have only two offensive touchdowns this season, and Pittsburgh ranks in the bottom 10 in total yards, first downs, passing yards, net yards per pass attempt, points per drive, and yards per carry. Pittsburgh’s Mitchell Trubisky is averaging only 5.1 yards per attempt this season and has completed fewer than 35% of throws with at least 10 air yards.

How to make Browns vs. Steelers picks

SportsLine’s model is leaning Over on the total, projecting 40 combined points scored. The model also says one side of the spread hits in well over 50% of simulations. You can only see the model’s Steelers vs. Browns picks at SportsLine.

So who wins Steelers vs. Browns on Thursday Night Football? And which side of the spread hits well over 50% of the time? Visit SportsLine now to see which side of the Browns vs. Steelers spread you need to jump on, all from the model that’s 139-102 on NFL picks, and find out. 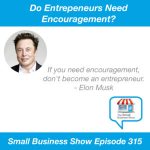 SAN FRANCISCO — Two days into training camp, one thing is already apparent: The Golden State Warriors aren’t playing around. For each of the opening […]

The San Francisco 49ers hit the road to take on the Chicago Bears in a NFL Week 1 matchup at 1 p.m. ET on Sunday […]

For as next level as Canelo Alvarez appeared to be in 2021, when he ran away with fighter of the year honors after becoming the […]

Getty Images If you were not already hyped for the Super Bowl, Dwayne “The Rock” Johnson made sure every fan was ready to run through […]