U.S. stock futures climbed, offering investors a reprieve from a recent stretch of whipsaw trading that had sent stocks and cryptocurrencies falling.

Futures for the S&P 500 gained 1.8% Tuesday, while those for the Dow Jones Industrial Average added 1.7%. Contracts for the Nasdaq-100 jumped 1.9%. The U.S. stock market was closed Monday for the Juneteenth federal holiday.

Bitcoin rose alongside other cryptocurrencies, continuing to claw back recent losses after a bruising weekend. Bitcoin recently traded at about $21,173, up 3.6% from its 5 p.m. ET value Monday, and 20% higher from a recent low of $17,601.58 reached Saturday, according to CoinDesk data.

Investors’ appetite for riskier assets on Tuesday follows a tumultuous week in the markets, sparked by the Federal Reserve’s approval of a 0.75-percentage-point interest-rate increase, the largest since 1994. That sent investors scrambling to unload riskier assets amid growing fears that central bankers will plunge the U.S. economy into a recession. The benchmark S&P 500 finished the week 5.8% lower, its largest one-week decline in more than two years.

Government leaders and officials in recent days have tried to assuage an increasingly jittery nation that an economic slowdown isn’t guaranteed as central bankers work to tame decades-high inflation. President Biden on Monday said he spoke with

a former Treasury secretary, and reiterated that he doesn’t see a recession as inevitable. Federal Reserve Bank of St. Louis President

also said the economy appears on track for more expansion this year.

Still, many market watchers are bracing for a downturn. In a note Monday, a team of

economists increased their outlook for a U.S. recession, citing concerns that the Fed will feel compelled to respond forcefully to inflation data, even if economic activity slows. The team now sees a 30% probability of entering a recession over the next year, versus 15% previously, and a 25% probability of entering a recession in the second year if one is avoided in the first.

Investors and analysts say they expect more pain ahead in the markets, though some are still willing to wade in and buy stocks at a discount after a selloff that has dragged the S&P 500 down 23% this year. Many pointed to Tuesday’s recovery as a bounce off last week’s drawdown.

“This still feels like a bit of a dead-cat bounce,” said

global macro strategist at Vanda Research, referring to a term used to describe a brief market rally. He said investors’ willingness last week to dump shares of winning sectors this year, including energy and utilities stocks, might be a signal that this year’s drawdown has entered into its latter stages. Still, he said, he believes the drawdown “still has legs to go.”

Tuesday’s bullish mood came alongside a selloff in U.S. government bonds, sending the yield on 10-year U.S. Treasury note higher. The yield on the benchmark note traded at 3.273%, up from 3.238% Friday. Yields and bond prices move in opposite directions.

In premarket trading in New York, gains were spread across many sectors, with technology shares, travel companies and banks trading higher. Cruise lines

each climbed more than 3%, while

climbed 3.3%, boosted by expectations for what is expected to be a busy travel season.

Megacap technology companies climbed before the opening bell, too, with

Other safe-haven assets retreated Tuesday amid improved investor sentiment. The WSJ Dollar Index, which measures the greenback against a basket of 16 currencies, slipped 0.2%. Gold prices fell 0.2% to $1,837.70 a troy ounce.

In commodities, oil prices rose. Brent crude, the international benchmark, rose for a second day, climbing 1.4% to $115.76 a barrel. Last week, oil prices fell amid concerns that a possible recession would weigh on energy demand.

Write to Caitlin McCabe at caitlin.mccabe@wsj.com 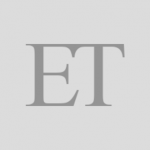 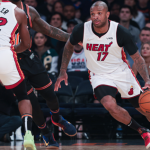 The information given to the U.S. Soccer Federation regarding a 1991 incident involving U.S. men’s national team World Cup coach Gregg Berhalter and his wife, […]

What to know about King Charles III, Britain’s new monarch

London — With the passing of Queen Elizabeth II, her first son Charles has ascended the throne. Charles, 73, had been the Prince of Wales […]

The Chicago Cubs are the top-scoring team in baseball in the first inning. Unfortunately for the 2022 Cubs, baseball games are still nine innings. Today’s […]

“[I]t appears that it is not possible to unequivocally determine the source of the gunfire which hit and killed Ms. Abu Akleh. However, there is […]