U.S. stock benchmarks posted their biggest declines in more than three weeks Thursday as investors awaited inflation data that will help determine the pace of the Federal Reserve’s interest-rate increases this year.

Traders and strategists say the inflation data could heavily influence the next stretch of trading for markets and help shape the Federal Reserve’s interest-rate decisions for later this year. The Fed’s June meeting will occur next week, and the central bank is widely expected to raise its key interest rate by half a percentage point—a move it is expected to replicate in July.

“Once we get a few more data points on inflation, hopefully they confirm that things are coming off the boil and the Fed, after June and July, can be a little less hawkish into the fall,” said Tim Holland, chief investment officer at Orion Advisor Solutions. “That’s what the markets are hoping for.”

For much of this year, investors have been positioning their portfolios to account for the end of easy-money conditions in the U.S. But now, traders must account for tighter policy in the eurozone as well.

The European Central Bank said Thursday it would increase its key interest rate from minus 0.5% to zero or higher by September, and probably further after that. The central bank indicated that it plans to start with a quarter-percentage-point increase in July. It also said it would end its large-scale bond-buying program on July 1.

In both the U.S. and Europe, the announcement sent stocks falling. The pan-continental Stoxx Europe 600 closed down almost 1.4%.

The moves by central banks in the U.S. and Europe come as inflation around the world continues to weigh on households. On Friday, investors will get a fresh picture of inflation in the U.S. when consumer-price index data for May are released. Economists surveyed by The Wall Street Journal expect the reading to show that inflation in the U.S. held steady at 8.3% in May, the same annual rate notched for April.

“The concern here in the U.S. is the Fed tightening into an economy that is already showing signs of a slowdown,” said

chief investment officer at BNY Mellon Wealth Management. “The ECB is tightening into an even more pronounced slowdown; that could impact global growth, which in turn could be another headwind for company earnings.”

Much of the debate in markets has shifted to what the Fed might do at its meeting in September. Until a clearer picture emerges, some traders have been unwilling to make big bets in the market, investors and strategists say.

Some strategists say that has led to more choppy trading in recent sessions as they try to determine whether this year’s market selloff has bottomed or if more pain could be ahead. Many also are factoring in the possibility of an eventual U.S. recession.

“People are not having any conviction one way or another and are taking chips off the table,” said

global macro strategist at Vanda Research. “They are not wanting to get caught offside in either direction.”

The S&P’s communications and technology sectors both closed down about 2.8%, leading the index’s declines. The consumer staples sector recorded the smallest decline, down 1.5%.

“People need deodorant, paper towels and cereal even when they might have to cut spending,” said Ryan Belanger, managing principal at Claro Advisors, a Boston-based wealth-management firm.

reversed earlier gains to close down 0.9%, or $6.48, at $719.12. A U.S. auto regulator said it was expanding a probe into crashes of Tesla vehicles and first-responder vehicles at emergency scenes.

Tesla shares have been battered this year, falling 32% through Thursday, as investors dumped shares of growth companies. The stock has also been affected by Chief Executive

fell about 1.4%, or $1.86, to $133.51 after the discount retailer reported a decline in first-quarter profits as operating costs climbed.

The yield on the benchmark 10-year Treasury advanced to 3.041%, from 3.028% Wednesday. Yields and bond prices move inversely.

In energy markets, Brent crude, the international benchmark for oil prices, edged 0.4% lower to $123.07 a barrel. Oil prices have moved higher recently amid China’s emergence from Covid-19 lockdowns and as traders continue to assess potential supply disruptions due to the war in Ukraine.

Write to Caitlin McCabe at caitlin.mccabe@wsj.com 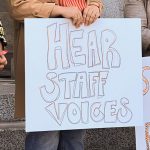 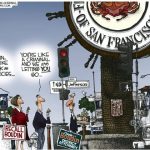 A Pennsylvania firefighter responded to a fire early Friday morning to discover a house ablaze with his family trapped inside. Seven adults and three children […]

Born and raised in Birmingham, he first came out as gay in 1998. His early teens were filled with taunting and bullying that he described […]

Search for boy swept into Merrimack River in Amesbury continues

Multiple agencies in Massachusetts are still working to recover a 6-year-old boy who disappeared in the Merrimack River in Amesbury.State police said the search mission […]