WASHINGTON — The Supreme Court on Thursday curbed the Environmental Protection Agency’s options for limiting greenhouse gas emissions from existing power plants, one of the most important environmental decisions in years.

In a setback for the Biden administration’s efforts to combat climate change, the court said in a 6-3 ruling the EPA does not have broad authority to shift the nation’s energy production away from coal-burning power plants toward cleaner sources, including solar and wind power.

“Capping carbon dioxide emissions at a level that will force a nationwide transition away from the use of coal to generate electricity may be a sensible ‘solution to the crisis of the day.’ But it is not plausible that Congress gave EPA the authority to adopt on its own such a regulatory scheme,” Chief Justice John Roberts wrote in the majority opinion. “A decision of such magnitude and consequence rests with Congress itself, or an agency acting pursuant to a clear delegation from that representative body,” Roberts said.

Future measures to address carbon dioxide pollution must be limited to restrictions imposed on specific coal-fired plants, instead of pushing utilities to shift from coal toward renewable energy sources, the ruling said.

In her dissent, Justice Elena Kagan wrote that the court’s ruling “strips the Environmental Protection Agency of the power Congress gave it to respond to ‘the most pressing environmental challenge of our time.’”

Kagan, who was joined in her dissent by Justices Stephen Breyer and Sonia Sotomayor, said the limits the majority of the court imposed on the EPA’s authority “fly in the face of the statute Congress wrote. The majority says it is simply ‘not plausible’ that Congress enabled EPA to regulate power plants’ emissions through generation shifting. But that is just what Congress did when it broadly authorized EPA in Section 111 to select the ‘best system of emission reduction’ for power plants.”

An EPA spokesperson said the agency is reviewing the decision and “is committed to using the full scope of its existing authorities to protect public health and significantly reduce environmental pollution, which is in alignment with the growing clean energy economy,” the spokesperson said.

In a statement, the White House called the ruling “another devastating decision from the court that aims to take our country backwards.”

“Our lawyers will study the ruling carefully and we will find ways to move forward under federal law,” the White House said. “At the same time, Congress must also act to accelerate America’s path to a clean, healthy, secure energy future.”

“Just like last week’s dangerously misguided and abhorrent decisions on gun safety and abortion, the extremist MAGA Court’s ruling today in West Virginia v. EPA will cause more needless deaths — in this instance because of more pollution that will exacerbate the climate crisis and make our air and water less clean and safe,” he said in a statement. “But make no mistake — the consequences of this decision will ripple across the entire federal government, from the regulation of food and drugs to our nation’s health care system, all of which will put American lives at risk.”

The case came before the court in an unusual posture. The challengers — a group of red states and coal companies — were not fighting any specific rule. Instead, they were contesting a federal appeals court decision that said the EPA could issue the kind of regulations they opposed.

The legal battle began during the Obama administration, when the EPA issued a plan for reducing carbon dioxide pollution from power plants by allowing their operators to get credit for generating more power from lower-emitting sources. A coalition of states and coal companies sued, saying the Clean Air Act gave the government authority only to restrict pollution from specific power plants, not to require power companies to shift to different methods of generation.

After the Supreme Court blocked the enforcement of that rule, the EPA abandoned it and instead, under the Trump administration, proposed standards that would regulate only emissions from individual power plants. That relaxed restriction on greenhouse gases was then challenged by a different lineup of states and a coalition of environmental groups.

The U.S. Court of Appeals for the District of Columbia struck down the Trump administration’s revised rule. As a result, no EPA restriction currently applies to carbon pollution from existing power plants. But the appeals court ruling left the door open for the Biden administration to resurrect the EPA’s earlier approach, involving a shift to cleaner sources.

That possibility is what the coal companies and red states were asking the Supreme Court to prevent.

The North American Coal Corp. told the court that the EPA sought the power “to effectively dictate not only the technical details of how a coal plant operates, but also the big picture policy of how the nation generates its electricity.”

But several large public utilities, including Pacific Gas & Electric Co. and Consolidated Edison, were on the Justice Department’s side.

The ability of the EPA to regulate in this area “is critical to the power companies,” they said. “For years power companies have used emissions trading, generation shifting, and other measures to reduce emissions while keeping the lights on at reasonable cost.” 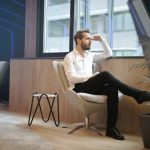 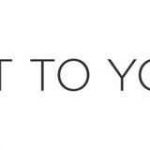 Editor’s Note: A version of this story appeared in CNN’s Meanwhile in China newsletter, a three-times-a-week update exploring what you need to know about the […]

Bitcoin’s price has broken below the key threshold of $20,000 for the first time since November 2020, risking triggering a fresh wave of selling and […]

Brazilian Federal Police identified the suspect as Amarildo da Costa de Oliveira. Police said he confessed on Tuesday night and indicated where the bodies of […]

Tennessee now has a strict abortion ban. The law bans abortion at the moment of fertilization. It does not contain specific exceptions. Instead, there is […]