Washington — The Supreme Court on Monday ruled in favor of a former football coach for a high school in western Washington who lost his job after praying on the 50-yard-line after games.

The court ruled 6-3 along ideological lines that the free exercise and free speech clauses of the First Amendment protect an individual engaging in religious expression. Justice Neil Gorsuch delivered the opinion for the majority in the case, known as Kennedy v. Bremerton School District.

“The Constitution and the best of our traditions counsel mutual respect and tolerance, not censorship and suppression, for religious and nonreligious views alike,” Gorsuch wrote.

The dispute involving Joseph Kennedy, the former Bremerton High School assistant football coach, stood at the intersection of the First Amendment’s establishment clause and the free speech and free exercise clauses, as lawyers for Kennedy argued the school district’s punishment for his religious expression violated his constitutional rights. The school district, meanwhile, warned Kennedy when it learned of his postgame prayers that his activities likely violated the establishment clause, which prohibits the government from endorsing a religion.

The court fight involving Kennedy’s postgame prayers at midfield attracted a bevy of friend-of-the-court briefs, including from former NFL players and professional and collegiate athletes who came down on both sides of the debate.

Writing for the liberal minority on Monday, Justice Sonia Sotomayor said the Constitution does not authorize public schools to embrace Kennedy’s conduct, and wrote that the majority’s opinion rejects “longstanding concerns” surrounding government endorsement of religion.

“Official-led prayer strikes at the core of our constitutional protections for the religious liberty of students and their parents, as embodied in both the Establishment Clause and the Free Exercise Clause of the First Amendment,” wrote Sotomayor, joined by Justices Stephen Breyer and Elena Kagan. “The court now charts a different path, yet again paying almost exclusive attention to the Free Exercise Clause’s protection for individual religious exercise while giving short shrift to the Establishment Clause’s prohibition on state establishment of religion.”

Kelly Shackelford, head of the group First Liberty, which represented Kennedy, celebrated the Supreme Court’s decision, calling it a “tremendous victory” for him and religious liberty.

“Our Constitution protects the right of every American to engage in private religious expression, including praying in public, without fear of getting fired,” Shackelford said in a statement.

But Rachel Laser, the president and CEO of Americans United for Separation of Church and State, warned the decision by the court “represents the greatest loss of religious freedom” in generations.

“Today, the court continued its assault on church-state separation, by falsely describing coercive prayer as ‘personal’ and stopping public schools from protecting their students’ religious freedom,” she said in a statement. “It is no coincidence that the erosion of the line between church and state has come alongside devastating losses on so many of the rights we cherish. As that line has blurred, public education, reproductive rights, civil rights and more have come under attack.”

The Bremerton School District said it will continue working to ensure it is a “welcoming, inclusive environment for all students, their families and our staff.”

Kennedy first began praying after football games in August 2008 following his first game as coach of the Bremerton Knights. While his praying first began with him alone briefly thanking God after the final whistle, players soon began to join Kennedy after games, with participation varying from week to week. At least one parent said his son “felt compelled to participate” out of fear he would lose playing time.

The prayers, too, evolved from brief, private expressions of thanksgiving into motivational speeches with religious references.

Kennedy’s practice of praying on the field continued without issue for seven years. The Bremerton School District learned what the coach was doing in September 2015 when an opposing team’s coach told the high school’s principal that Kennedy asked his players to join him for the post-game prayer and he “thought it was pretty cool” that the district would allow such an activity.

But the observation sparked a yearslong battle between Kennedy and the school district, with the coach arguing he was engaging in constitutionally protected religious expression, and defenders of the school district claiming the coach was acting as an agent of the state who, as a public school employee, violated the religious freedom of students who felt pressure to pray.

Kennedy stopped engaging in his postgame prayers after the district told him his talks with students had to be secular and his future religious activity had to be separate from any student activity, but he resumed the practice in October 2015.

The school district then punished Kennedy, placing him on administrative leave for violating its directives, and Bremerton’s athletic director recommended he not be rehired for the following football season, citing a failure to follow district policy and supervise student-athletes after games.

Kennedy chose not to reapply for his coaching position at Bremerton High School and sued the district in August 2016 for violating his First Amendment rights to free speech and free exercise of his faith.

The 9th U.S. Circuit Court of Appeals sided with the school district, and Kennedy appealed to the Supreme Court for the first time. In 2019, the high court rejected his case, with four of the court’s conservative justices saying it was premature for the court to consider the legal fight.

After additional proceedings, Kennedy again lost in the lower courts. He asked the Supreme Court for a second time to hear the case, and the justices agreed to do so in January. 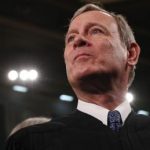 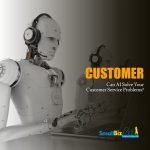 Next Article Can AI Solve Your Customer Service Problems? » Succeed As Your Own Boss

L.A. cracks down on homeless encampments near schools

The Los Angeles City Council voted Tuesday to prohibit homeless people from setting up tents within 500 feet of schools and day-care centers, during a […]

The 21-year-old suspect in the Highland Park Fourth of July parade shooting showed no emotion during his virtual court appearance on Wednesday.  Investigators say Robert […]

‘American Cartel’ book: How the DEA lost to the opioid industry