Major U.S. technology companies have expressed support for employees affected by the Supreme Court’s recent decision to overturn Roe v. Wade. But some activists and lawmakers fear the business activities of those companies could result in legal action against people suspected of violating federal or state laws.

Last week, the high court overturned the 1973 Roe v. Wade decision. That ruling recognized a woman’s constitutional right to have an abortion. An abortion is a medical procedure that ends a pregnancy.

Some states, including Texas, Oklahoma and Idaho, have laws that permit private citizens to bring legal actions against anyone who assists a woman seeking an abortion.

Technology companies – including Google, Apple, Meta, Amazon and Microsoft – reacted to the decision by offering benefits aimed at supporting their employees. All of these companies have announced they will cover costs for workers who need to travel to other areas to legally receive abortion services.

But concerns have been raised that these technology companies might not protect private user data that could be used to identify and possibly prosecute people seeking ways to get an abortion.

Clear examples from the past have demonstrated that whenever personal data is tracked or stored, there is always a risk that the information could be misused or abused.

Privacy groups and some lawmakers have warned that different forms of personal data could be provided to law enforcement and used in legal cases linked to new state abortion laws. This could include location tracking data, text messages, emails and internet search histories collected by technology companies.

Cynthia Conti-Cook is a technology specialist with the nonprofit Ford Foundation. She told Reuters news agency, “It is very likely that there’s going to be requests made to those tech companies for information related to search histories and websites visited.”

Alexandra Reeve Givens heads the Washington-based Center for Democracy and Technology, a nonprofit privacy group. She told The Associated Press she thinks the Supreme Court’s ruling “opens the door” for law enforcement and other people and groups to seek massive amounts of private data from citizens.

In a statement, Givens called on technology companies to take steps to safeguard such information. “In this new environment, tech companies must step up and play a crucial role in protecting women’s digital privacy and access to online information,” she said.

Last week, four Democratic lawmakers accused Apple and Google of misleading millions of mobile phone users by permitting the collection and sale of their personal data to third parties. They called on federal agencies to investigate the matter.

In their letter, the lawmakers said, “Individuals seeking abortions and other reproductive healthcare will become particularly vulnerable to privacy harms.” The letter added that groups were already “selling, licensing and sharing the location information of people that visit abortion providers to anyone with a credit card.”

Apple and Google had no immediate comment on the letter. Other major technology companies have also not provided specific plans for how they plan to deal with official requests from governments or law enforcement agencies for private user data.

In general, technology companies have suggested they will obey abortion-related data requests unless they see them as too wide ranging, the AP reports. Meta, for example, has pointed to its online transparency report. It states that the company fulfills government requests for user information “only where we have a good-faith belief that the law requires us to do so.”

Privacy rights activists say that kind of policy does not go far enough. They say technology companies need to work to strengthen and expand the use of privacy-protecting encryption to securely protect user data.

Privacy groups have also called on companies to limit the collection, sharing and sale of information that can identify a woman’s pregnancy situation. They have also urged the industry to stop using technology tools that aim to guess whether users are likely to be pregnant.

Bryan Lynn wrote this story for VOA Learning English, based on reports from The Associated Press and Reuters.

We want to hear from you. Write to us in the Comments section, and visit our Facebook page.

Start the Quiz to find out

Words in This Story

benefit – n. things that a company provide employees, such as health care and money to cover certain costs

prosecute – v. to officially accuse someone of a crime in a court of law

track – v. to record the progress of development of something

location – n. a place or position

access – n. a way of getting at, near or to something

vulnerable – adj. able to be hurt or at risk of being harmed

license – v. to give someone official permission to do or have something

encryption – n. the changing of information from one form to another, especially to hide its meaning 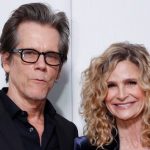 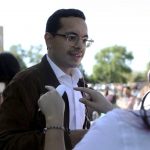 What is Social Change?

Alkami Technology, Inc. (NASDAQ:ALKT – Get Rating) was the recipient of a significant increase in short interest during the month of September. As of September […]