The evangelical church is in a ‘state of emergency’ because of the pandemic and politics, Andy Stanley says

But what happens when one of the nation’s most famous evangelical leaders declares that “saving America is not the mission of the church?” When he says that loving people takes precedence over loving country? Or when he says that Christianity is not about winning, but “losing on purpose, with a purpose?”

Stanley, who describes himself as “right-leaning politically,” says some members left his church when he canceled in-person services during the height of the pandemic. Others accused him of embracing a “woke, left-wing Marxist agenda” when he talked about confronting racism One pastor told him on Twitter, “Sir, with all due respect, you’re a false prophet from Satan’s hell.”

This is nothing new for Stanley — with prominence comes criticism. He is one of the most influential evangelical leaders in the US. Stanley is pastor of North Point Community Church in suburban Atlanta, a nondenominational evangelical congregation that draws more than 38,000 people to its Sunday services at eight locations in Georgia. He reaches an even larger audience with his books on leadership, YouTube sermons and podcasts, such as a recent venture with Adam Grant, the best-selling author and organizational psychologist.

In his book, Stanley says he’s “embarrassed” by how some evangelical leaders have acted during the pandemic and in the aftermath of the the 2020 election. He claims they allowed the church to be divided over vaccines and the wearing of masks during Sunday services, twisted scripture to support political talking points and engaged in the “indiscriminate demonization” of entire groups.

“The moment our love for or concern for country takes precedence over our love for people in our country we are off mission,” Stanley writes. “When saving America diverts energy, focus and reputation away from saving Americans, we no longer qualify as the ekklesia [church]. We’re merely political tools. A manipulated voting demographic. A photo op… We give up the moral and ethical high ground.”

Stanley recently talked to CNN from his church in Alpharetta, Georgia. The following interview was edited for brevity and clarity.

Why did you write this book?

This is just crazy. That’s evidence of a person who has draped their political views and their political party with scripture and with Jesus. And as a Christian, it should be the other way around.

You also spoke out against racism during the George Floyd protests. Were people angry at that?

There are people who said I’m slowly trying to lead the church to be more woke. Two or three people said, Andy, in that sermon, you called me a racist. No, I just said there’s probably a little racism in all of us, including myself. We should examine our hearts and in the cultural moments like what happened with George Floyd. I think you pause and say, ‘How does that make me feel?’ If there wasn’t something heartbreaking about that, regardless of what you think, politically or pro-police or anti-police, you got some work to do.

An independent investigation recently found that Southern Baptist leaders mishandled allegations of sexual abuse in their churches and fought attempted reforms. You grew up in that world. Did the findings surprise you?

There’s no place for mistreating people, period, especially as Christians. What was and is challenging for the Southern Baptist Convention is that these are all autonomous churches. There’s no excuse for that behavior. But there is an explanation as to why it was almost impossible to manage this from a denominational standpoint if the local church wasn’t going to manage it at the local church level. It had to be addressed immediately and called out at the local church level. These things have to be handled immediately. It’s better to overreact than to under react.

Is some of what happened at the Southern Baptist Convention due in part to the attitude of winning at all costs that you talk about in your book?

When you hear about something like the Southern Baptists report, do you get concerned about what the evangelical church will look like in, say, 10 years if current trends continue?

No, I don’t worry about it. And I don’t worry about it because of the way the church started. The deck wasn’t just stacked against them. There wasn’t even a deck. It’s Jesus and a group of teenagers and 20-year-olds, and he says, I’m going to start something new. And it won’t end with my death. This is for the world. And it’s forever. It’s until the end of this age.

One of the best books I’ve read recently is called “Bullies and Saints.” The author takes in all the embarrassing parts of Christianity through the years, and he says all these things are true. All these things are embarrassing, he said, But Christianity has a built-in self-correction ethic. When things go awry, reformers come along and correct it.

Do you think the White evangelical world can self-correct in this country?

Most people in the middle are like, ‘Hey, I just need to get my kid to school and get them home safely. And I just need to keep my job and pay the bills.’ Most white evangelicals are not how they are presented in culture. And neither are people on the other side.

Most people may not live in the extremes, but the church is split over some deep issues. If you’re on the right and you believe abortion is murder, you might say I can’t go to a church that doesn’t believe that. I can’t be friends with a Christian who believes that. That’s non-negotiable. Someone on the left might say I can’t go to church with someone who supports Trump because he’s a racist. What would you say to them?

When it comes to a specific issue, I completely understand. There are certain hot-button issues where I totally get that. I would be the same way. But there aren’t as many of those as people make them out to be.

But let’s take that as an example. Can I choose not to be a part of a church like that and yet still approach that person and talk about that person in a way that reflects the tone and posture of Jesus? The answer is yes. Because when Jesus saw the traitor of all traitors up in a tree when he was passing by (the story of Zacchaeus, a tax collector, an occupation detested by many of Jesus’ contemporaries), he didn’t look at Zacchaeus and the tax code and talk about what a thief you are. He said I’m going to go to your house.

When a cultural issue intersects with the teachings of Jesus, we definitely should say something. The problem is when we do that — which we should — we do that knowing that … if I take a more left-leaning position on gun control — which I wouldn’t, because in my mind that’s a very complicated issue — but if I did, then I realize that the Republicans in my church are going to put me in the bucket of everything that the Democrats believe, because there’s no middle ground now. There’s no nuance. It’s tricky.

As a pastor I’m responsible for preaching the whole counsel of God. But talking about an issue is different than aligning with a party or aligning with a candidate. Even to say: ‘This is what Jesus teaches on this particular issue, this is what we should do, and that’s why I’m voting for…’ Nope. We should just stick with those specific issues without wholesale buying into a political party.

When I hear you talking about pastors being neutral on political issues, I think of history. There were a lot of White Southern Baptist pastors in the South who said they wanted to be neutral when civil rights leaders started holding protests in the 1950s. They didn’t speak out about Jim Crow segregation because they didn’t want to seem political, but it was really moral cowardice.

I understand that pressure. I’m not going to be arrogant enough to say If I’d been one of them, I tell you what I would have done — because I don’t know, and nobody does. But they were wrong. And many of them looked back later and were ashamed, as they should be. I would like to be better than that, but I don’t know.

I actually think I’m right where I’m supposed to be.

Not isolated. I don’t think I’ll ever be isolated. I might be. But then I look at the life and impact of the teachings of Jesus had on Western civilization, I know it’s the right approach, but it’s the long game. I’m a hypocrite if I do otherwise. That’s not to say there’s not hypocrisy in me or I’ll flinch or lose my nerve in certain moments. I’m not above that. But I don’t fear that.

Tags :
Andy Stanley says - CNNThe evangelical church is in a 'state of emergency' because of the pandemic and politicsus 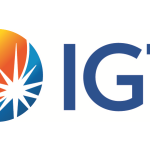 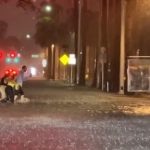 Next Article As South Florida gets soaked by a tropical system, officials warn of potential for flooding

Primary observations: Breaking down a seismic shift in Tallahassee politics

There is a seismic paradigm shift in electioneering underway here in Tallahassee.  Paradigm shifts have occurred in the 1980s with the rise of an endorsing […]

Questions about creative district? Answers to be offered at Monday meeting | Politics

This computer-generated image shows the formation of a zygote after fertilization. Some Republican-led states, including Arkansas, Kentucky, Missouri, and Oklahoma, have passed laws declaring that […]