These children lost young parents to Covid-19. Here’s what they want other kids — and adults — to know

Here’s what some children and families who have lost young parents to the pandemic want everyone else to know.

Laila Dominguez never thought she’d have to grow up this fast.

When Covid-19 struck both her parents last winter, the 13-year-old helped watch her two younger siblings and take care of her mother, who was severely sick and had violent chills.

“The cold chills were bad. She was shivering like she was in Antarctica or something,” said the girl from Troy, Wisconsin.

Her mom, Amanda Nelson, felt like she got hit by a train. “It was hard to even get up and move,” the 42-year-old said.

But “I couldn’t go to the hospital because I was the only parent at home.”

The children’s father, Benny Dominguez, was already hospitalized with Covid-19 — and in much worse condition.

The 43-year-old, who loved bike riding with his kids and playing with them at the park, was intubated and could no longer breathe on his own.

On January 10, when Dominguez’s condition turned grave, Nelson faced an agonizing decision: try to see her longtime partner one last time, or stay with their children — ages 13, 9 and 4 — who couldn’t go to the hospital.

“It was really hard to explain it to the kids because they weren’t allowed to go up there because of their ages. So nobody got to say goodbye,” Nelson said.

“I didn’t go because I had to be here for the kids. I couldn’t leave them because I knew what was occurring. … They knew they were going to lose their dad.”

“I was in a state of shock and disbelief and sadness. Sometimes, I still am in shock,” Laila said. At times, “it will get really, really dark. And sometimes it’s way too much for me.”

Her family’s home, which used to be filled with her dad’s boisterous laugh, is now eerily quiet. And the grief is now exacerbated by anxiety about the future.

Dominguez was a stay-at-home dad who took care of Laila, 9-year-old Aurora and 4-year-old Benny, who has special needs. Nelson juggled bartending and waitressing to support the family.

But Nelson hasn’t been able to work since her partner’s death. She’s been overwhelmed by her own grief while taking care of three despondent children by herself.

“I’m barely getting by and living off of whatever I had in savings,” she said.

Nelson has only a few more months’ worth of savings, she said. Soon, she will have to find a job.

And 13-year-old Laila will likely shoulder more responsibilities, including babysitting her brother and sister. Her last experience taking care of her traumatized siblings led to a panic attack.

“It’s definitely been stressful for me. I can’t explain it,” Laila said.

But since her dad’s death, Laila has gained a powerful new skill: the ability to stand up to bullies who make fun of her for wearing a mask.

Before, Laila would try to ignore such taunts. Now, she replies with a painfully blunt answer: “My dad died.”

Some bullies were stunned and actually learned from her unexpected answer, Laila said. She hopes more kids learn from her story and take Covid-19 seriously.

“What I wish they knew about Covid is how dangerous it is … and be more aware of what they say.”

As a four-time cancer survivor, Katie Klosterman always thought she would be the one who would have to worry about Covid-19 — not her healthy, vivacious 24-year-old daughter, Tina Owens.

But during the height of the Delta variant surge, when more young people were getting hospitalized, Owens collapsed on the living room floor of her Texas apartment.

The only other person at home was Owens’ 5-year-old son, Tye. He had just finished his first day of kindergarten.

“Knowing that his last vision of his mother is stuff coming out of her nose and her mouth … it breaks my heart,” Klosterman said.

Owens told her son to go get their neighbor — a certified nursing assistant. The neighbor rushed in, called 911 and started performing chest compressions — but to no avail.

Owens died at 6:44 p.m. That evening, Tye was taken into custody by Child Protective Services.

When Klosterman learned of her daughter’s death a few hours later, she jumped on the next flight to San Antonio to bring her grandson to Florida.

“When I got there the next day and went and picked him up from CPS’ care, I sat him down and I explained to him that Mommy’s in heaven,” Klosterman said.

“You can’t see her or touch her like you can me. But she’s here. She’s always around you,” the grandmother told the little boy. “It’s OK to be sad. It’s OK to cry.”

Covid-19 stole not just Tye’s mother, but also her plans for a new life for them.

Despite the challenges of becoming a teen mom, Owens excelled in school and was on her way to launching her dream career.

“She was actually a full-time student (studying) physical therapy — a 4.0 student,” Klosterman said. “She was absolutely loving it. She was getting her life going.”

Klosterman said her daughter was also committed to getting vaccinated against Covid-19. But she fell ill before she became fully vaccinated.

“You don’t expect a 24-year-old to pass away,” Klosterman said.

Owens was an avid TikTok user and recorded many videos. Klosterman now shares her daughter’s TikTok videos with her grandson.

“I’m trying to make sure he remembers her voice,” she said. “I’ll play them for him so it can feel more like she’s alive to him.”

But raising an orphan of Covid can be immensely challenging. Tye, now 6, sometimes talks about traumatic details such as “stuff was coming out mommy’s nose and mouth.”

Klosterman keeps her own grief bottled up and won’t let herself cry until after Tye goes to sleep, she said.

And she’s had to switch from a grandmother who spoils her grandchild to a parental figure who can command authority — which can be difficult for a child to accept.

For others who are suddenly raising orphans of Covid, Klosterman advises getting therapy for every family member — and parenting classes for grandparents like herself.

“A lot of parenting roles have changed from when we raised our children,” Klosterman said. “And as a grandparent, now you’re doing it all over again.”

While many teens try to detach from their parents, Connor Luensman couldn’t get enough of his father, James.

Just like his dad, Connor became a star high school wrestler — even making the varsity team his freshman year in Cedar Rapids, Iowa.

They also shared a passion for helping others. James proudly served his community as an EMT. Connor has enrolled in an EMT program for next year.

“I always wanted to be in the medical field, for sure,” said Connor, now 17. “I was surrounded by it my whole life. My dad did it since I was born. So that just felt natural.”

But James will never see his son fulfill that dream. In October 2020, just weeks before health care workers became eligible to get vaccinated, James Luensman fell sick with Covid-19.

Even while seriously ill, Luensman was hoping to recover, get vaccinated and get back to helping patients as soon as possible.

“He didn’t want others to feel the same way he did,” Connor said.

But Luensman’s condition deteriorated. Connor remembers his final conversation with his lifelong idol. He told him, “Don’t give up, and that I loved him.”

A few months later, on the first day Connor became eligible to get vaccinated, he went and got a shot along with his mother Sallie Luensman.

“I wanted to do it for my dad because he never got the opportunity to,” Connor said. “It almost felt like he was there.”

Connor has now received three doses of Covid-19 vaccine, with no big side effects. That’s stunning because Connor had always been allergic to vaccines.

But with the Covid-19 shots, “that was the first vaccine he’s never had a reaction to.”

The Luenmans take some comfort knowing their tragedy has inspired others to get vaccinated.

“Other family members and other friends of ours got vaccinated specifically for James, in his honor, because we all know and have seen how traumatic it can be to lose somebody that has made a difference,” Sallie Luensman said.

Connor wants everyone — even children — to understand the importance of getting vaccinated against Covid-19, he said.

“It’s not just about you,” he said. “It’s about protecting everyone else.”

A daddy’s girl thought her papa bear was getting better. He didn’t

For as long as she can remember, 13-year-old Jessica Barrios and her father had been inseparable.

She often dreamed about celebrating major milestones with her dad, Julio “Robert” Barrios. Her Sweet 16 celebration. Her first time behind the wheel of a car. Walking down the aisle at her wedding.

But Robert won’t be there for any of those events. He fell ill with Covid-19 in June 2020 and was hospitalized for 81 days. After he was released, he grappled with long Covid for more than a year at his home in Seneca, South Carolina.

The nagging symptoms included shortness of breath from damaged lungs, extreme fatigue, memory problems and lack of stamina — “not being able to do even simple housework,” his wife Summer Barrios said.

“Staying up long enough to manage the dishes or even bend over to get clothes out of the dryer or taking a shower sometimes would be just debilitating to him, feeling like he had a severe case of the flu.”

Robert’s health took a final devastating turn on March 22, when he died at age 49. His obituary said he died of a “massive heart attack brought on by complications from Covid 19.”

“Before Covid, I never thought I’d be a widow at 41,” Summer Barrios said.

Jessica is still grappling with the reality of never seeing her Papa Bear again.

“I never thought we would be in this position so soon … to think that he’s not coming back,” she said.

Jessica and her dad had a evening ritual of cuddling up on a big, comfy chair and watching TV until Jessica fell asleep in her dad’s arms. Now, Jessica curls up on that chair alone.

Barrios and her daughter are trying to raise awareness about long Covid — and how it can be excruciating physically, mentally, financially and emotionally.

“This isn’t going to go away anytime soon,” Summer Barrios said. “Long-haulers are having to decide between working or losing their jobs or choosing treatment — if they’re lucky enough to even get into a long-hauler clinic.”

“It’s not just a bad flu. It’s affecting not just older people; it’s affecting kids, too,” she said. “People need to start taking this seriously and do their part to help try and calm down this virus.”

Tags :
These children lost young parents to Covid-19. Here's what they want other kids -- and adults -- to know - CNNus 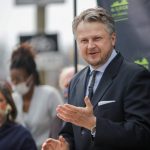 Previous Article My run for Detroit City Council taught me a lot about politics, money 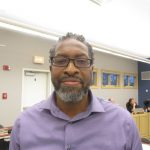 September 7, 2022 at 2:00 a.m. EDT A Ukrainian soldier wounded during early fighting in the new offensive in the Kherson region is cared for […]

Kevin Magnussen pulled off one of Formula 1’s great qualifying shocks as he topped qualifying for Haas in Sao Paulo. The 30-year-old was astonished by […]