Republican voters in southeast Tulsa’s House District 79 will choose among two former local politicians and a retired engineer in the June 28 primary election.

HD 79 is currently represented by Democrat Melissa Provenzano, who will face the GOP nominee in November.

Karen Gilbert, 53, is the director of Tulsa Crime Stoppers, a nonprofit organization dedicated to public safety, and a former Tulsa city councilor. Though Gilbert was defeated in the HD 79 primary in 2018, she said she placed her bid for the seat again to provide better representation for the district and to work toward teacher retention and attraction to the state.

Gilbert believes that Oklahoma should ban teaching critical race theory in classrooms and instead “get back” into teaching reading, writing and arithmetic. She also believes in “protecting the fairness of women’s sports” by prohibiting transgender women from competing against cisgender women and girls in college and high school sports.

Gilbert said her track record proves her to be the better choice compared to her opponents, citing her efforts toward voter approval of the Vision public safety tax, which aimed to add 160 police officers, 70 firefighters and 16 personnel in the 911 center in Tulsa.

“I’m tired of the delay of waiting for a response,” Gilbert said. “It’s evident that I get things done.”

Stevens cited education as his biggest reason for running, adding that he believes that education in Tulsa “needs adjustments.”

“I think that the things we teach lead kids to believe that one side is better than the other or that people are inherently bad because of certain traits that they have. It’s not helping the country,” Stevens said. “I think there’s a lot of emphasis on social, emotional learning and a lot less emphasis on the core curriculums of education.”

In April, Stevens faced a challenge to his candidacy over three felony drug charges from 2008, but Election Board officials voted that his expunged case doesn’t preclude Stevens’ candidacy on a state law banning felons from holding office for 15 years.

Stevens acknowledged that people might be reluctant to vote for him due to his history, but he said he’s changed his life to become a better person.

“It was a terrible, dark time in my life, and I did it all to myself,” Stevens said. “I think one thing voters can look at is that I lay the blame nowhere except me.”

Paul Hassink, 65, retired in 2020 from a career in engineering that entailed various manager, supervisor and director positions.

Hassink said schools should be “run like a business” so that Oklahoma’s qualified students will attract businesses seeking local talent. He also said he believes that parents know what’s best for their children and that they should make decisions regarding their children’s education.

“The founders of our country recognize appropriately that we need an educated set of voters so that they make good decisions,” Hassink said. “It’s very important for us to support education in a way that everybody has an opportunity to develop reading, writing and mathematical skills.”

Although Hassink lacks political experience, he said his 40 years of finding simple, technical solutions and “trying to make things work” sets him apart from typical politicians.

“There are too many people that say they’ll solve problems, but when you look at what they’ve done in the past, it’s all talk and there are no results,” Hassink said. “All I’ve ever done was results, so I don’t think I’ll have that problem. What I’m bringing to the Legislature is so valuable, because it’s so unique.” 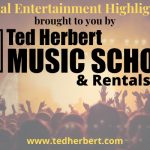 Previous Article June 23-26: Lively arts, music, shows and entertainment in and around Manchester 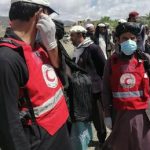 Opinion: Garbage, blasted glass, and the women cleaning up political filth in Lebanon

We are obsessed with cleaning our homes in Lebanon. I think it is inter-generational, inherited from decades of war and conflict, and exacerbated by the […]

The law, not politics, will dictate an end to Roe v. Wade

Regarding Eric Foster’s May 11 opinion commentary, “Integrity of the judiciary is at risk from overturning Roe,” examining the risk to judicial integrity from the […]