Holding the World Intelligence Congress for the sixth time in a row, Tianjin has been promoting cutting-edge technology exchanges and making every effort to build a pioneering city of artificial intelligence, to optimize and upgrade industries and improve overall productivity.

“By holding intelligent tech-themed conferences that are high-end, international, professional and market-oriented, Tianjin is able to attract high-quality resources from home and abroad,” said Wang Xu, vice-mayor of Tianjin.

The sixth WIC takes place online on June 24-25 in Tianjin. The global event gives full play to cutting-edge technologies such as the metaverse, with hundreds of attendees sharing their screens simultaneously online.

“The WIC is not only a conference, but also a platform to reshape and empower the industry, a platform to integrate the government’s supporting policies and technology industries,” said Yin Jihui, Party secretary and head of the Tianjin Industry and Information Technology Bureau.

This approach also injects vitality into the city and promotes its industrial upgrade. Ensuring that local business “prospered through conferences” augurs well for the city’s urban development, Wang said.

His words were echoed by Jiang Yaming, executive deputy director of Textile Future Technology Research Center of Tiangong University. Jiang said: “During the past few years, intelligent manufacturing research achievements have been made in Tianjin one after another, bringing benefits to China and the world.”

With its improvement of the AI industry, Tianjin has notched up a number of innovative achievements, including the world’s first “brain talker” chip, the world’s first neural ergonomic testing system, and China’s only fully autonomous unmanned aerial vehicle system.

Wang said: “Tianjin is the largest open coastal city in North China with a solid foundation in the manufacturing industry, and obvious advantages in resources such as talents, science, technology and policies. It has strong industrial service capabilities.

The major national strategy for the coordinated development of Beijing–Tianjin–Hebei has given Tianjin a “one base and three districts” functional positioning.

Currently, the city is focusing on building a China-leading manufacturing research and development base, striving to consolidate and improve the advantages of intelligent technology and innovative industries, and create a national new-generation AI innovation and development pilot zone.

At this year’s WIC, Tianjin will display China’s first solar-powered and intelligent connected vehicle, Tianjin, which is a pioneering move that echoes the city’s commitment to its carbon emissions reduction and innovation-driven high-quality development.

The vehicle weighs 1,020 kilograms and has three seats. It can travel up to 74.8 kilometers on one charge, and has a maximum speed of 79.2 km per hour.

The solar module of the car totals 8.1 square meters, serving as the vehicle’s only power source, and is capable of reducing carbon emissions by 25 kg per 100 km.

Boasting 47 cutting-edge pieces of technology and products, the intelligent vehicle integrates efforts from 42 enterprises and three universities, such as the IAT Automobile Technology Company, the Tianjin Lishen Battery Joint-Stock Company and Nankai University.

Taking only five months to complete, the car also displays the efficient cooperation among multidisciplinary and interindustry players in achieving integrated innovation.

State Grid Tianjin Electric Power Company is a case in point that takes full advantage of intelligent technology, to help with not only rural vitalization, but also energy conservation.

Xiaying town in Tianjin’s Jizhou district is famous for its picturesque scenery all year round. However, there were few tourists coming to visit in years before. As a mountainous area, the town has only a short span of warm weather. The effective operating period within a year was only six or seven months.

“At first, the mountain farmhouse opened, but the tourist occupancy rate was low. They (tourists) only came during the summer and on weekends,” said Wang Cuihua, a farmhouse runner in Tuanshanzi village of the town.

“Through collecting the power data of the village, we found that the electricity load of Tuanshanzi village varies with seasonal changes, and the difference between the highest and lowest period is nearly three times,” said Sheng Jiguang, deputy general manager of the Jizhou subsidiary of State Grid Tianjin Electric Power Company.

Relying on the application of power big data, the Jizhou subsidiary upgraded the electric power equipment in the mountainous area, which has helped the village with developing rural tourism.

To better help the development of rural economy and rural vitalization, State Grid Tianjin Electric Power Company established an electricity power index evaluation system, relying on the high instantaneity and accuracy of the power data, which is expected to help Jizhou district with rural vitalization from the perspectives of industries, living conditions, culture and education and livelihood.

“With the support of big data, we identified in advance the urgent and increasing demand for electricity in 19 towns. After several rounds of power grid upgrading, the average power capacity of rural households in Jizhou has been increased by nearly 2.5 times, and areas of electric heating have increased by nearly five times,” Sheng said.

“Winter comes early in mountainous areas, and there used to be few tourists after October. Since we have sufficient power supply now, we have installed new heating facilities and 17 air conditioners this year. There are no fewer tourists in winter than summer,” Wang said.

Looking ahead, the company will draw on China-leading experience of power data analysis, and collect data related to the economy and population, to carry out regular monitoring in a bid to prevent the reoccurrence of poverty and help the government take concrete actions in rural vitalization. 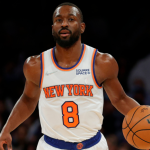 Photo: ComNav ComNav Technology has introduced its new-generation data collector, the R60. The powerful handheld has an ergonomic design and runs on Android 12 OS, […]

Our weekly roundup of deals, product announcements and other HR technology news. EdCast announced an integration with Zoom, which will embed learning and training tools […]