TikTok’s teens want to be famous. But at what cost?

“Chasing Fame” is the first episode of a new CBS Reports documentary series “Are the Kids All Right?” which explores the transformational shifts faced by today’s youth, in their own words. Watch it in the video player above, or stream it on the CBS News app or Paramount+.

Jiggy Turner is the most famous person in West Virginia. Or at least, he thinks he is.

“I mean social media-wise, I’m the most famous,” he said. “But there’s Steve Harvey. He’s pretty famous too.”

At 16, Turner amassed over 600,000 followers on the social media platform TikTok. And that’s just in the last two years. His sudden popularity on the app has led to lucrative brand deals and opportunities to act on screen. By all counts, Turner is living the dream.

Turner is part of a growing wave of teen influencers eschewing traditional career paths in favor of a chance at celebrity. In a recent survey, 54% of Generation Z said they’d like to become an influencer, and 86% expressed interest in posting social media content for money.

But lawmakers across the country are concerned that popular social media apps could be creating a mental health crisis for America’s youth. In his State of the Union, President Biden referred to Big Tech’s “national experiment” on children.  In March, a bipartisan group of state attorneys general launched an investigation into TikTok’s impact on kids and teens as part of a consumer protection initiative. It’s the latest expansion of efforts to enact greater protection for kids online.

“As children and teens already grapple with issues of anxiety, social pressure, and depression, we cannot allow social media to further harm their physical health and mental well-being,” said Massachusetts Attorney General Maura Healey, one of the AGs leading the investigation.

In September 2021, leaked documents from Facebook revealed data on harmful effects of the company’s Instagram app on young users, with teen girls bearing the brunt. (Facebook’s parent company, which has since been renamed Meta, said Instagram “helps many teens who are struggling with some of the hardest issues they experience.”) One result of the whistleblower’s revelations was the introduction of the Kids Online Safety Act, a bill that would require the companies to create features that protect kids from the worst of social media.

Layla Ann VanHooser has firsthand knowledge of the darker side of social media. The 13-year-old gained roughly 100,000 followers on the app Musical.ly, which predated TikTok. At first, the app was a lot of fun. But once Musical.ly was purchased by TikTok, VanHooser’s fan base shifted, and she struggled to find a new audience that would connect with her content.

The majority of her fans left positive comments. “I would hear, oh my gosh, this girl’s so funny,” she recalled. But many of her new followers had less than kind things to say, calling her “cringe” or insulting her appearance. At the time, she was only 11 years old, and the comments stung. “My parents told me I wasn’t allowed to look at the comments,” she said. (Unlike TikTok, Musical.ly did not restrict content for users under 13.)

VanHooser has used humor to laugh off the bullies, a technique that has resonated with her fans. “Once, I got “no eyebrows,” said VanHooser. So she made a TikTok with Sharpie-drawn eyebrows taped onto her fance. “It was like, now my eyebrows are here,” she joked. “It was really funny. Plus, I do have eyebrows! Those comments made no sense.”

Now that VanHooser is 13, the minimum age for posting videos on TikTok, she is using her comedy and dance to broadcast her anti-bullying message. “TikTok is for everyone,” she beamed. “That’s the message I have for other girls.”

Even with the nasty comments, when asked if she would like to be famous, VanHooser doesn’t miss a beat.

“I want to be famous. I would be so excited if I got the blue mark,” she said, referring to the tiny symbol of verification that the app bestows on its most prominent users.

Scaling back social media use among teens could prove to be a herculean task. Roughly 37.3 million American teens use TikTok. The average TikTok user spends over 24 hours watching content on the app every month.

“I cannot sit through a movie for the life of me,” said VanHooser.  But she said she can easily spend four hours on the app in a single sitting. “I just  sit there and scroll.” Even with the occasional bully, the app, she said, simply can’t be beat.

A setback — and a new beginning

After two years of building up his follower base, Jiggy’s account was banned, seemingly overnight. A self-described “hacker” targeted him with a bot attack, continuously flagging Jiggy’s account for violations until eventually TikTok simply closed the account. Then the hacker started a new account.

“He basically stole my photos, my videos,” Jiggy said. “And then he started taking money for promos.”

Jiggy’s inbox was soon flooded with angry emails from would-be clients, confused that they hadn’t seen the promised promo on Jiggy’s account. The hacker, he said, had stolen their money. “I feel like it’s really damaged my reputation.”

But Jiggy is still optimistic. He’s notified TikTok of the incident and is trying to recover his account. In the meantime, he’s started a new account. So far it’s just 50,000 followers, but it’s picking up steam fast. Jiggy says it’s been an important lesson.

“In a lot of ways, starting over has been freeing. Like, I can post whatever I want. I don’t just need to keep my old fans happy.”

His new fans relate to the new Jiggy, who’s older and wiser than when he first started out on TikTok two years ago.

“It’s been hard, but it’s an opportunity too,” he said. He’s still confident he will make it. 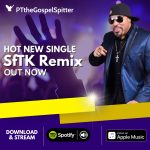 At least 21 people were injured Friday night in three separate shootings near Milwaukee’s entertainment district, where thousands of people had been watching the Bucks […]

The Funniest Moments in the Superman Cartoon

ATLANTA (AP) — Attorneys for Young Thug, who was arrested this week under an indictment accusing him of co-founding a violent street gang, filed an […]