NEW YORK (AP) — The Latest on the Tony Awards (all times local):

Hough and Criss opened their portion of the telecast with his original song, “Set the Stage,” celebrating the artists who keep theater alive.

The first award of the night — for best score — went to “Six: The Musical,” with music and lyrics by Toby Marlow and Lucy Moss. Marlow is the first out nonbinary composer-lyricist to win a Tony.

A total of eight design awards will be handed out along with best score, as well as the award for orchestrations and ending with choreography. The main event with host Ariana DeBose will start live at 8 p.m. ET/5 p.m. PT on CBS.

“A Strange Loop,” a theater meta-journey about a playwright writing a musical, goes into the telecast with a leading 11 Tony nominations. Right behind with 10 nominations each is “MJ,” a bio musical of the King of Pop, and “Paradise Square,” a musical about Irish immigrants and Black Americans jostling to survive in New York City around the time of the Civil War.

— On Broadway, more visibility, yes, but also an unseen threat

It has taken playwright Michael R. Jackson almost two decades to take his musical “A Strange Loop” to Broadway and he says the recognition is a sort of validation.

“It feels wonderful. It feels like a real validation of all the time, the blood, the sweat, the tears we put into this piece. I’ve worked on this musical for almost 20 years, and so to be here after having stuck to my guns feels like such a validation,” Jackson said on the Tony red carpet.

In the musical, we meet the character Usher, an unhappy playwright slumming as an usher at “The Lion King.” Usher is haunted by a Greek chorus of voices — his thoughts as well as homophobic family members — who pummel, undercut and berate him. Jackson said there’s a little Usher in him.

“Usher is a character that I’ve certainly created to sort of deal with some things that I was thinking about. But he’s grown so far beyond that and I’ve grown so far beyond that,” he said. “Watching every night feels really exciting because I’m watching a piece of art that I started from like a really formative time, sort of really become something bigger than any sort of personal experience that I was having.”

Darren Criss’ favorite night of the year has arrived. It’s the Tony Awards. “I’ll never shut up about the Tonys. I love the Tonys,” he says.

Criss will not only be watching the Tonys on Sunday, he’ll also be working. He’s co-host with Julianne Hough of a one-hour pre-Tony celebration at Radio City Music Hall, and he’s even written an original song about the show that he’ll perform, revealing “a bit of my nerdy proclivities.”

Criss and Hough will be handing out creative arts Tonys on Paramount+ and then pass hosting duties to Ariana DeBose for the main three-hour telecast on CBS from the same stage, live coast to coast for the first time. 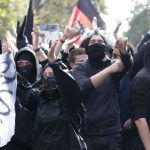 Next Article Politics of colour. Why does black unsettle Pinarayi, Modi and Taliban

The Storytelling for Literacy program from Folktellers Studios and Emagine Entertainment promotes literacy in the classroom and on the big screen. // Courtesy of Folktellers […]