Football is all about the quarterbacks. Well, not exactly, but it sure feels that way sometimes, doesn’t it? Increasingly, the NFL offseason has become a supersized QB carousel, with contenders rising and falling based on the domino effects of signal-caller relocations. It’s understandable, considering the importance of owning a franchise arm in today’s pass-happy league.

But which QBs are the best of the best entering the 2022 season? We’re glad you asked. It pains us to leave a handful of proven passers off our pre-training camp top 10 here, but we’re confident in the finalists. If nothing else, the names on the list below (and the names missing) should tell you just how much talent there is under center.

So what, exactly, was our criteria for ranking the QBs? We tried to balance past production, present value and future outlook. But at the end of the day, it might be easier to consider this list our best answer to these two questions: which QBs do we trust the most? And which QBs are best positioned to succeed this year? In close calls, we tried to separate QBs from their respective teams to consider their value; for example, if you swapped Dak Prescott and Derek Carr, whose team would be better off?

Without further ado, the top 10:

Dak’s resume is relatively lacking in big-game success, and his offense has some underrated question marks, from a line with a new right tackle to a receiving corps without Amari Cooper and Cedrick Wilson Jr. But he does all the little things well in and around the pocket, and he’s still got an elite trio of outlets in CeeDee Lamb, Michael Gallup and Dalton Schultz. As long as he’s healthy, you can generally count on No. 4 to keep you in the playoff conversation.

The former MVP has always been a different animal when it comes to QB analysis. With Michael Vick-esque electricity, he is better described as a weapon than a steady passer. And the aerial efficiency must improve, especially in big games, coming off a career-worst season that ended in injury. (The Ravens appear to be doubling down on his run-heavy approach, for better or worse.) But healthy and supported, few players can change a game so quickly.

His immediate Super Bowl run with the Rams helped make up for an occasionally gaudy Lions career that never translated to steady team success. Even 13 years in, he still forces too many untimely throws. But you can’t teach his natural arm strength, and L.A., which went from good to great thanks to his big-play ability, is perfectly assembled to complement him, giving him the deep, balanced supporting cast (Cooper Kupp, Allen Robinson, etc.) to keep thriving.

Russ is a bigger wild card now than perhaps at any other point in his prestigious career, not only coming off a finger injury that disrupted his rhythm but leading a team other than the Seahawks for the first time in over a decade. The change of scenery could include growing pains in addition to steep AFC West competition. But as long as he doesn’t try to be Superman too often, he’s still got the poise, elusiveness and deep-ball touch to return Denver to relevance.

Joe Cool has set the bar very high, going from unfazed rookie to Super Bowl starter in two years. His composure and swagger get all the attention, but he’s already proven to be a remarkably efficient pocket passer — one of the top true point guards at the position. It doesn’t hurt that he’s also got one of the NFL’s top skill groups, headlined by instant favorite Ja’Marr Chase, and an improved starting five up front. If he stays safe and plays smart, he can rival anyone.

In just two NFL seasons, the Oregon product has made the case he’s the perfect contemporary prototype at QB: big (6-6, 236) and athletic, but durable and efficient with his laser of an arm. The only thing missing from his young resume is a playoff appearance, but he hasn’t lacked for veteran-level poise since arriving as a “raw” first-rounder. He’s also in an increasingly envious lineup, with Austin Ekeler, Keenan Allen, Mike Williams and a sturdy line among his top peers.

If there’s one QB on the brink of superstardom, it’s Allen. In fact, he might be there already. Since entering as a big-bodied athlete with a scattershot arm, Allen has ascended to annual MVP candidate, pairing tight end size and tough running with a deep-ball cannon. As long as he’s wired to create the big play, he’ll be a potential turnover or injury risk. But his physical gifts, paired with proven Bills talent like favorite target Stefon Diggs, make him an easy candidate to make a title run.

A-Rod’s Hall of Fame-level run in Green Bay has reached a critical juncture, with longtime No. 1 receiver Davante Adams gone and the Packers failing to translate three straight 13-win seasons into a Super Bowl appearance. Even at 38, however, he warrants more trust than just about anyone in the game, particularly in crunch time. He may have to work harder (or lean more on the run) with a remade WR corps, but he still possesses nearly unmatched confidence, precision and preparation.

In four years as a full-time starting QB, Mahomes has set the bar so high that everyone gets concerned if he isn’t winning every game with a walk-off, logic-defying throw. Criticism was fair in 2021, when he too often relied on off-script antics to will the Chiefs out of a slump, committing a career-high 17 turnovers. But no one moves and operates so freely about the pocket, and his playground style brings the best out of Andy Reid. His revised WR corps, now absent Tyreek Hill, could require adjustments, but as the MVP of a unit that prides itself on relentless, creative explosiveness, No. 15 is always liable to steal a game at the last second.

Father Time has no say here. There may be a day when Brady, going on 45, cannot fire the ball with authority, but we’ll believe it when we see it. His arm has seemingly gotten stronger since relocating from the Patriots to the Buccaneers. And while he’s still a statue in the pocket and can still be lured into a pick like any old QB, TB12 remains the most fearless, most studied, most influential signal-caller in the game. His impact on the team around him cannot always be explained, but it is felt. He’s a living legend, and more importantly, he’s still got the mechanics, physique and vision to win another title. The transition from playing under Bruce Arians to Todd Bowles could cause hiccups, but more likely, Brady will merely have more control over his own unit, which remains stacked with sturdy blocking and elite playmakers.

Most of these guys you’d happily take to keep you in the mix and maybe, just maybe, make a surprise run. But each of them have questions large enough to prevent them from garnering an “elite” label. Carr and Cousins are more similar than most realize: they’re both humble but gritty leaders who have posted borderline top 10 production as efficient and big-play passers, but they both sorely lack big-game stardom. Murray is a glowing talent when healthy and in peak form, a rocket-armed QB in a running back’s body, but has ended all three of his seasons either hurt or in a slump. Ryan and Tannehill, meanwhile, are the aging placeholders for AFC South contenders; the latter is more mobile and helped turn Tennessee into a fighter but has struggled to elevate his game in the playoffs, whereas Ryan is more serviceable than special these days but is due for some rejuvenation after trading the Falcons for the Colts.

You could throw other names here, depending on your preferences: Zach Wilson (Jets), maybe Mac Jones (Patriots) and Tua Tagovailoa (Dolphins). Just call them the young guys who’ve found mixed results in the NFL but have either the talent, wherewithal and/or supporting cast to potentially make a big leap in 2022. Hurts has all the moxie and mettle you’d want in a starter, not to mention tough running ability, and now he’s gotta prove he can also be a playoff-caliber passer with better help. Lance has all the physical tools — nice size, nice touch, nice speed — and seems like an easy blend into Kyle Shanahan’s run-heavy system, but he’s still wholly unproven as a thrower. Lawrence is all but a forgotten man after a lost rookie year in Jacksonville, but he’s only a year removed from entering the draft as a unanimously beloved prototype, and now he’s got Doug Pederson to help resurrect his spirit on and off the field.

A better descriptor is probably “reclamation projects.” Wentz isn’t nearly as bad as his fiercest critics suggest, but is Washington really the place he’ll finally strike a balance between extending and ruining plays? Jones has endured rough setups in New York, but can Brian Daboll erase his penchant for following a great run/throw with a silly one? Fields is easily the most intriguing talent of the bunch, a potential top 10 dual threat, but is saddled with a porous supporting cast. And Winston may have flashed smarter play before going down in 2021, but he’s rarely stayed healthy or turnover-free for long during his career.

On the field, he’s a top 10 QB even after failing to suit up in 2021, pairing top-tier scrambling ability with a great feel for the pocket and pretty downfield touch. The Browns, meanwhile, are one of the deepest teams in the NFL — easily offering his best lineup as a pro. The problem lies off the field, where Watson is due for a potentially major suspension while facing 24 civil lawsuits (and counting) alleging serial sexual misconduct. He’s denied all wrongdoing, but who knows if and when he’ll ever go under center as a fully available, fully distraction-free leader? 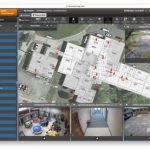 The 2022 NFL preseason is in the rear view, and now all 32 teams have finalized their rosters for the regular season. “Finalized” is a […]

Sunday’s heavyweight matchup between Luis Ortiz and Andy Ruiz is, in all likelihood, the last chance for either man to battle their way back into […]