INDIANAPOLIS (WISH) — Jordan Fliegel is making a career of out hustling the competition.

“Techstars in the worldwide network that helps entrepreneurs succeed,” Fliegel said. “We do that by running a ton of accelerator programs all around the world where we invest in companies, we spend three months together with them, connect them with hundreds of mentors, and investors, and help them prepare all of their materials to raise money.”

“We help them hire, help them figure out the strategy of their business, and then we send them off in a world and support them for years to come along the way.”

In just four years, over forty global companies have been created with the backing of Techstars Sports, growing Fliegel’s investing portfolio to over 200 startups.

Since mid-march of this year, 13 startups from around the globe have lived in downtown Indianapolis, working out of High Alpha’s headquarters alongside business mentors from across the city.

“The idea was how do we take Indianapolis’ sports DNA and merge that with the fact this is an emerging tech hub, and marry that together to be the home of sports tech?” Fliegel said. “If that is the idea, what is a better way to do it than have a sports tech accelerator here where we bring companies from around the world that are in the sports business to get off the ground here, raise money here and grow here?”

With the backing of the Indianapolis Colts, Indiana Pacers, Indiana Sports Corp, and NCAA each business is nearing completion of a hectic 13-week program which culminates this coming Thursday, July 7 with Techstars Sports Demo Day.

This year, in addition to pitching their business plans to hundreds of investors, the country’s top sports technology conference, One-Zero, is hosted in Indianapolis, multiplying the exposure for the class of 2022 startups. Here is additional information on how to attend next week’s summit.

“It is harder to get into Techstars than Ivy League Schools,” Fliegel said. “It is a low, single-digit percentage of companies that apply, that get in. We are looking for tenacious founders that are willing to put it all on the line for their company, stick with it through all the ups and downs and try to build a big business.”

Since moving to Indianapolis in 2019, Fliegel has witnessed Hoosier hospitality firsthand as Techstars has grown.

“I have just been blown away by how supportive all of our partners are, who put up capital, who spend their time with us,” Fliegel said. “Just yesterday, for example, we met with the Pacers and they gave out jerseys to each of our founders with the company name on the back of the jersey.”

“This wouldn’t happen in Boston or New York City. You wouldn’t get that kind of attention as an early-stage company from huge companies like the Pacers, the Colts, and the NCAA. (High Alpha CEO) Scott

Dorsey is somehow in particular that is in many ways the godfather in mind of Indy tech. I am working closely with him, Steve Simon who is an active investor in addition to a co-owner of the Pacers.

These guys have really helped us (Techstars) build a great network,” Fliegel said. 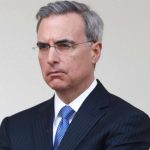 Tennessee Valley Asset Management Partners raised its stake in shares of Vanguard Information Technology ETF (NYSEARCA:VGT – Get Rating) by 6.8% during the 1st quarter, […]

Alkami Technology, Inc. (NASDAQ:ALKT – Get Rating) insider Douglas A. Linebarger sold 1,166 shares of the firm’s stock in a transaction that occurred on Thursday, […]

In this article we are going to estimate the intrinsic value of Alkami Technology, Inc. (NASDAQ:ALKT) by estimating the company’s future cash flows and discounting […]