The House select committee investigating the Jan. 6 attack on the U.S. Capitol is in active discussions with former White House counsel Pat Cipollone regarding a potential public appearance in one of their upcoming hearings, according to sources familiar with the matter.

Cipollone was one of the few aides who was with then-President Donald Trump in the West Wing on Jan. 6. ABC News previously reported that in the days following the attack on the Capitol, he advised Trump that Trump could potentially face civil liability in connection with his role encouraging supporters to march on the Capitol.

According to sources, there are a number of circumstances that could serve to complicate any eventual appearance by Cipollone — including the issue of who questions him and for how long; whether there are any ongoing issues of privilege; and whether Trump would approve of his appearance.

Michael Purpura, the former deputy White House counsel who was part of the legal team defending Trump during his first Senate impeachment trial, is representing Cipollone in his discussions with committee investigators, sources said.

Cipollone has also made clear that his testimony would be restricted to the effort undertaken by former top Justice Department official Jeffrey Clark to use the powers of the DOJ to further Trump’s attempts to overturn the 2020 election, sources familiar with the deliberations said.

Representatives for Cipollone did not respond to ABC’s request for comment. A spokesperson for the committee declined to comment.

The committee hopes to secure Cipollone’s public testimony on a panel with former acting Attorney General Jeffrey Rosen and his then-deputy Richard Donoghue, along with one of DOJ’s former top attorneys, Steve Engel, sources said. Both Rosen and Donoghue have received formal invitations from the committee to appear.

Both Cipollone and Philbin were part of a Jan. 3 Oval Office meeting where Trump insisted on replacing Rosen with Clark, a Trump loyalist who had vowed to use the Department of Justice to investigate the election.

According to Donoghue, Cipollone and Philbin made it clear to Trump that they would resign if Clark were installed, with Cipollone describing the Georgia letter as a “murder-suicide pact” that would “damage anyone and anything that it touches,” according to a Senate committee report released last year that detailed instances where Trump and his allies sought to use the DOJ to overturn the election.

ABC News previously obtained and published emails dated Dec. 28, 2020, showing Clark circulating that draft letter, which he wanted Rosen and Donoghue to sign off on. 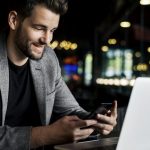 Liza, a 4-year-old Ukrainian girl, was killed in a strike on Vinnytsia on Thursday.Credit…Efrem Lukatsky/Associated Press Iryna Dmytriyeva posted a video early Thursday of her […]

Getty Images On the surface, the decision of the Houston Texans to settle with one woman who had sued the team over former quarterback Deshaun […]

Canada mass stabbing: What we know about the Saskatchewan attack that left 10 dead and 15 injured

The suspects, identified by police as Damien Sanderson and Myles Sanderson, are believed to have been traveling in a black Nissan Rogue with Saskatchewan license […]