Former Trump White House lawyer Eric Herschmann is claiming that a handwritten note regarding a potential statement for then-President Donald Trump to release during the Jan. 6 attack on the Capitol was written by him during a meeting at the White House that afternoon, and not by White House aide Cassidy Hutchinson, sources familiar with the matter tell ABC News.

At Tuesday’s Jan. 6 committee hearing, Rep. Liz Cheney displayed a handwritten note which Hutchinson testified she wrote after Trump chief of staff Mark Meadows handed her a note card and pen to take his dictation.

Sources familiar with the matter said that Herschmann had previously told the committee that he had penned the note.

“The handwritten note that Cassidy Hutchinson testified was written by her was in fact written by Eric Herschmann on January 6, 2021,” a spokesperson for Herschmann told ABC News Tuesday evening.

“All sources with direct knowledge and law enforcement have and will confirm that it was written by Mr. Herschmann,” the spokesperson said.

At Tuesday’s hearing, Hutchinson, testifying about the note, said, “That’s a note that I wrote at the direction of the chief of staff on Jan. 6, likely around 3 o’clock.”

“And it’s written on the chief of staff note card, but that’s your handwriting, Ms. Hutchinson?” Rep. Cheney asked.

Hutchinson, a former top aide to Meadows, said that Meadows handed her the note card and a pen and started dictating a potential statement for Trump to release amid the Capitol riot.

Hutchinson also said that Herschmann had suggested changing the statement and to “put ‘without legal authority.'”

In response to Herschmann’s claim, a spokesperson for the Jan. 6 committee said, “The committee has done its diligence on this and found Ms. Hutchinson’s account of this matter credible. While we understand that she and Mr. Herschmann may have differing recollections of who wrote the note, what’s ultimately important is that both White House officials believed that the President should have immediately instructed his supporters to leave the Capitol building.”

“The note memorialized this,” the committee spokesperson said. “But Mr. Trump did not take that action at the time.”

The Jan. 6 committee has repeatedly relied on Herschmann’s candid and sometimes vulgar testimony throughout the hearings in June, including when the former White House lawyer testified that he shot down former Trump Justice Department official Jeffrey Clark’s plan to overturn the 2020 election.

An attorney for Hutchinson did not respond to a request for comment from ABC News, nor did Meadows. 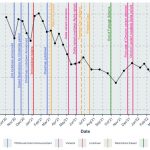 Next Article Risk of small business failure halves in 2022

“Because of the lack of clarity that remains and the unknown timing of when I will receive the results of the investigations, I have made […]

Work harder, or else – TechCrunch

Sundar Pichai, boss of Google and its parent Alphabet, told employees to “be more entrepreneurial” and work with “more hunger” in a staff-wide email that […]