Tucsonans grapple with, some celebrate, a post-Roe future | Government-and-politics

The fallout was almost immediate: Tucson’s two abortion clinics have stopped providing the service until Arizona’s law is clarified.

“Due to the recent Supreme Court decision to overturn Roe v. Wade, we have made the difficult decision to temporarily suspend abortion services until we receive more clarity on the extent to which we can provide abortion services legally (if at all) in the State of Arizona,” the Choices clinic posted online.

An Arizona law that passed earlier this year, but has yet to take effect, bans abortion after 15 weeks, and it’s not clear if that law will take precedence now, or if Arizona will revert back to what it was before the first Roe v. Wade decision — abortion being illegal unless the life of the mother is at stake.

“There are some old laws on the books that may result in the criminalization of abortion in Arizona,” said Dr. Victoria Fewell, a Tucson physician who specializes in obstetrics and gynecology for Banner-University Medical Center Tucson.

“While it’s difficult to know right now what’s going to happen, the future does not look bright for women in Arizona,” she said. “It’s devastating.”

Brandi Haga-Blackman’s choice was difficult but she said she is so grateful it was hers to make.

Nearly 10 months have passed since Haga-Blackman and her husband made the heartbreaking decision to end their pregnancy. After Roe v. Wade was overturned by the U.S. Supreme Court on Friday, this Tucson couple is left to wonder — like so many others — what will happen to people who face a hardship like they did?

Haga-Blackman was about 20 weeks pregnant when it was confirmed their developing baby had a chromosomal abnormality called Trisomy 13. Also called Patau syndrome, Trisomy 13 happens when there are three copies of genetic material from chromosome 13 instead of two. This extra copy can cause, as it did in Haga-Blackman’s son’s case, devastating physical abnormalities.

Haga-Blackman is sharing her story because, she says, it’s critical for people to understand there are many reasons a person might seek an abortion.

She also wants people to know that, while it was a very painful thing to go through, she does not regret her decision.

In addition to losing access to abortion, another concern is whether this is going to be a “slippery slope,” said Fewell, with contraception eventually becoming inaccessible, too.

If abortion clinics close, Fewell said, “we worry about the rise of sexually transmitted disease, and unplanned pregnancies increasing.”

The problems will disproportionately affect marginalized women, she said, and members of the LGBTQ community.

In Arizona, even under the most restrictive approach that might be adopted, a doctor still would be able to save the life of a woman if pregnancy put her life at risk, she said.

“As long as it’s easy to prove that her life is in danger, but that would be the only exception if this worst case scenario is what we’re looking at,” she said.

‘A decision had to be made’

Haga-Blackman, 38, and her husband have been married since 2014, and while she has a child from a previous relationship, they longed to have a child together.

In recent years, they’ve been to two fertility specialists and were told everything seemed fine. Still, for years, the pregnancy tests were always negative.

“It was so wonderful, so exciting,” she said of finding out she was pregnant. They made lists, shopped for baby strollers and, as her stomach started to expand, began telling family and friends.

After something seemed off, they went to Tucson Medical Center for more screening and eventually decided to have an amniocentesis, an invasive procedure that would help them pinpoint exactly what’s might be wrong.

“I was shaking through the whole appointment,” she said Friday. “This child we’d tried so long to have … . ”

Her husband said he would support whatever she thought was best. It was agonizing but she finally decided.

“We had to go up to Phoenix and spend two days in hell up there,” she said, explaining that since she was in her second trimester, they couldn’t get the abortion in Tucson. “As soon as I walked out of that abortion clinic, I felt so much relief. A decision had to be made, and I made that decision.”

When she heard about the Supreme Court decision, she said tears ran down her face even though she didn’t realize she was crying.

‘No programs in place to support’

Lucy Smith, director of Pro-Love Tucson, is a anti-abortion activist who only supports abortion access if the life of the mother is at risk.

She said they do not put signs in people’s faces or use a bullhorn. Instead, she said, they have sought out conversations about why a person is considering abortion and, if they are not prepared to parent the child, to talk about adoption.

“I am cautiously optimistic,” said Bob Pawson of Tucson Pro-Life Action. “I don’t see this vote as the victory, but this is a victory on the road to ultimately restoring the respect for and right to life of all human beings. We have to treat the weakest and youngest and most helpless amongst us with the same dignity that we treat anybody else.”

But Eloisa Lopez, executive director of Pro-Choice Arizona, said the state has a dismal record for helping people in need.

Arizona as one of at least 26 states in the “hostile” category for protecting reproductive rights while also having a history of not passing laws that support marginalized or low-income residents, Lopez said.

“How can we force people to remain pregnant and then have no programs in place to support them,” she said. “Children coming out of this will be the collateral damage, they are going to be the ones in these situations.”

Brittany Fonteno, president of Planned Parenthood Arizona Inc., said for now they are “really focused on making sure that our doors stay open.”

Sex education and birth control are so much more important in a post-Roe afterworld, she said.

Planned Parenthood is building a program that will provide financial and logistical help for women to get help outside Arizona, she said, if that becomes necessary.

“It’s important to remember that the Supreme Court is acting in defiance of what the vast majority of Americans, and Arizonans, really want,” she said. “What we’re seeing is a Supreme Court completely out of touch with the people that it serves.”

A look at 50 years of Supreme Court abortion decisions

Get local news delivered to your inbox! 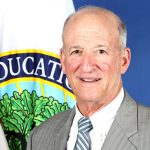 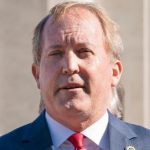 Call for Questions About How Youth Are Engaging in Politics

Share this story Published 1 minute ago Above image credit: It’s time to collect the questions you have about youth and their ever-increasing role in […]

How Republicans Fed a Misinformation Loop About the Pelosi Attack

WASHINGTON — Within hours of the brutal attack last month on Paul Pelosi, the husband of the speaker of the House, activists and media outlets […]

Florida once had the most robust sunshine law in the country, but politicians have chipped away at it for years. They always have their reasons, […]