Twitter banned political ads: What it means for the midterms

Hello, and welcome to Protocol Policy! Today, we’re talking about whether all those bans on political ads post-2016 were actually good for democracy. Plus, privacy groups aren’t happy with the privacy bill and the Chips Act’s future is in doubt.

Digital political ads got a bad rap after the 2016 election — and for good reason. The Internet Research Agency’s antics on just about every Big Tech platform made it clear that tech giants needed more guardrails around what political actors could pay to say on their sites.

But while the post-2016 scrutiny led giants like Facebook and Google to set up stronger vetting systems, it also drove other platforms — namely Spotify, LinkedIn, TikTok and Pinterest — to prohibit political advertising altogether. So far, Spotify is the only one that’s decided to bring it back.

As we barrel toward the midterms, the question now is: What did these political ad bans really accomplish, beyond shifting the spotlight off of the platforms that imposed them?

The bans aren’t as apolitical as they seem. Take Twitter’s ban:

Not that other platforms have fared much better.

The bans don’t seem to have curbed misinformation, either — but they have made it harder for smaller campaigns to compete.

All of this has made digital political ads a lot harder to track, as money moves from mainstream platforms to programmatic ads.

Allowing foreign governments and bad actors to spread misinformation through unchecked digital ads has obvious costs for democracy. But creating lopsided rules around political speech has costs too — costs that Perault argues aren’t being adequately considered by companies that have imposed these bans or lawmakers that have at times pressured them into it.

“Are we — going into the next momentous moment in the democratic governance of our nation — going to be in a better position to make informed decisions about what the right approaches are?” Perault said. “I think it’s a travesty that we don’t have that information.”

A version of this story first appeared on Protocol.com. Read it here.

The American Data Privacy and Protection Act is riddled with loopholes, consumer groups warn. The bill prohibits companies from serving ads if they have “actual knowledge” that targeted users are younger than 17, which advocates say gives companies too much leeway to argue they just didn’t know minors were using their apps.

The clock is ticking on the Chips Act. A group of 123 CEOs — including those from Alphabet, Microsoft, Intel, Samsung and Amazon — urged Congress to act quickly to sign competitiveness legislation into law. Commerce Secretary Gina Raimondo has also warned that Congress needed to pass the Chips Act or “companies will have no other choice but to build” abroad.

Sen. Ed Markey called Ring doorbells a “surveillance system” that “threatens the public in ways that go far beyond abstract privacy invasion.” In a letter to Amazon CEO Andy Jassy, he said the audio capture features put at risk “the public’s right to assemble, move, and converse without being tracked.”

The National Highway Traffic Safety Administration released its first major study into self-driving and driver assist systems. It examined 392 accidents, with more than two-thirds of those involving Tesla vehicles. The agency’s administrator warned, however, that the study may raise more questions than it answers.

A MESSAGE FROM INTERNET FOR GROWTH

The idea that politicians could restrict cost-effective online advertising and marketing is daunting. These laws could potentially cripple the way small companies like ours do business in this ever-evolving digital age.

CFPB’s regulatory sandbox experiment isn’t going so well. Last week, the CFPB revoked a no-action letter at the behest of fintech underwriter Upstart. Upstart said it wanted to leave the program due to “changing priorities” at the CFPB. The decision came shortly after CFPB Director Rohit Chopra said that no-action letters and the fintech sandbox program were “ineffective” and reorganized the office behind them.

EV adoption may be faster than anticipated. BCG researchers estimated that EVs will account for one in five global car sales by 2025, and around 59% by 2035. A report last year from the same research group had considerably lower estimates: EVs were on track for 11% adoption by 2025 and 45% by 2035.

Net zero is out, “real zero” is in … at least if you ask NextEra, which said it would achieve real zero emissions by 2045. The company trademarked the term to mean achieving zero carbon emissions without the use of carbon credits, offsets or capture.

Amazon, Google and Microsoft are fighting cybersecurity legislation in the EU. The proposed law would force cloud providers to prove they meet certain cybersecurity standards. That EU legislation could go directly against laws in the U.S. that require government access to some data; to comply, the cloud providers might need to restructure operations, according to POLITICO.

Germany is investigating whether Apple’s App Tracking Transparency program is anticompetitive. In a statement to TechCrunch, Apple said in part that ATT “simply gives users the choice whether or not they want to allow apps to track them or share their information with data brokers.”

The EU dropped its 997 million euro fine against Qualcomm. The fine had been issued by the EU over Qualcomm’s payments to Apple to exclusively supply chips. The court cited “a number of procedural irregularities” as the reason for dropping the fine.

Alphabet offered to allow rival ad firms to serve ads on YouTube as part of a potential settlement with the EU. The EU launched a probe in 2021 to determine whether Alphabet gave itself an anticompetitive advantage in the ad space by limiting access to user data.

Nigeria will require social media companies to open local offices and give the government reports on their efforts to combat disinformation. Nigeria’s government has been critical of U.S.-based social media platforms and even issued a ban on Twitter after the company removed a post from President Muhammadu Buhari.

In the media, culture and metaverse

Instagram launched its “Take a Break” feature for teens. The rollout comes just a week after Meta was hit with a string of lawsuits alleging that it knowingly contributed to mental health issues in young adults.

Microsoft entered a legal agreement to remain neutral on employee unionization efforts at Activision Blizzard. The agreement with the Communications Workers of America also stipulates that Microsoft will give employees “innovative” ways to decide whether to unionize. Meanwhile, the FTC still has to figure out how to handle the Activision acquisition in the first place.

0.75 percentage points: That’s how much the Federal Reserve is expected to raise interest rates today, according to The Wall Street Journal. Recent inflation reports showed the half-percentage-point hike from May didn’t have the hoped-for impact of slowing inflation, which is still at 40-year highs. The interest rate bump could further strain tech markets at a time when they’re already reeling.

A MESSAGE FROM INTERNET FOR GROWTH

Internet advertising has enabled us to grow our business to what it is today, but proposed regulations limiting advertisers’ ability to reach target audiences would hurt media publishers like us.

What could possibly go wrong?

Elon Musk is expected to address Twitter employees at a company all-hands meeting tomorrow. Twitter executives told Tweeps they’re unwilling to negotiate the acquisition deal with Musk, who has questioned the company’s transparency when it comes to bots on the platform. The meeting sounds like a recipe for disaster, but who knows? Maybe we’ll all be surprised.

Thanks for reading — see you Friday! 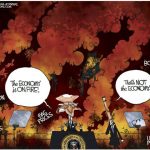 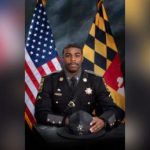 Next Article 2 police officers were killed responding to a possible stabbing at a hotel in El Monte, California

This week in Kentucky politics.. Abortion rights supporters continue to outraise opponents in the fight over Kentucky’s anti-abortion constitutional amendment. A conservative super PAC is […]

A timeline of the abortion debate at the Supreme Court, from Roe v. Wade to now

Washington — Since the Supreme Court ruled nearly 50 years ago in the case Roe v. Wade that the Constitution protects the right to an […]