Neil Parish, a British politician representing Tiverton and Honiton in Parliament, admitted Saturday that he watched pornography on two different occasions while in Parliament buildings, according to an exclusive interview with BBC South West. The MP told the BBC that he is resigning from his position, after having worked more than a decade in Parliament.

“I will have to live with this for the rest of my life,” Parish told the BBC. “I made a huge terrible mistake and I’m here to tell the world.”

Parish said the first time he viewed pornography was by accident after looking at a tractor website.

“I did get into another website that had a very similar name and I watched it for a bit, which I shouldn’t have done,” he said.

But a second time, Parish said he deliberately sought out pornography while waiting to vote at the House of Commons. Two female colleagues said they witnessed Parish watching adult content on his cellphone while sitting next to him.

“I was wrong, I was stupid, I lost sense of mind,” Parish told BBC News. He offered a “total full apology” for his actions, which he described as a “moment of madness.”

Parish said he doesn’t know why he chose to watch the material in the House of Commons, and denied viewing it in a way intended for others to see too.

On Friday, Parish insisted that he would continue to perform his duties as an MP after he referred himself to the Parliamentary Commissioner for Standards in the House of Commons over the incidents’ allegations. He said that he would cooperate fully with any investigation.

But on Saturday, Parish said he will be stepping down.

The Tiverton and Honiton Conservative Association said it supports his decision to resign.

“We would like to take this opportunity to thank Neil Parish for his service to our communities over the past twelve years,” the association said in a statement Saturday.

Tori B. Powell is a breaking news reporter at CBS News. Reach her at tori.powell@viacomcbs.com 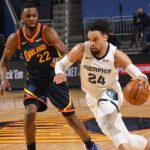 Next Article Storms and tornado rip through Kansas

The House committee investigating the January 6 attack on the U.S. Capitol plans to hold eight public hearings in the month of June after wrapping […]