There is no longer an undefeated team in the USFL. It took nine weeks for the Birmingham Stallions to suffer their first loss, but it finally happened Saturday in the second-to-last week of the regular season. The Houston Gamblers upset the Stallions 17-15 as Birmingham fell to 8-1.

The Stallions had already clinched a playoff spot and will be the No. 1 seed in the South when the USFL playoffs kick off on June 25 in Canton, Ohio. The top two teams from each of the two divisions will play in the two semifinals that day, with the championship on July 3. The Gamblers are 2-7 and won’t make the playoffs.

Field goals were the story of the game in Birmingham’s first loss. Neither team scored in any other way until the third quarter, when Birmingham got a safety. The Gamblers went up late in the game with a Kenji Bahar touchdown pass to Isaiah Zuber. Houston sealed the win with a Micah Abernathy interception off Birmingham quarterback J’Mar Smith.

The Gamblers — who during one stretch of the season lost on the final play of the game in three straight weeks — had last won when they beat the Michigan Panthers 17-12 in Week 1.

The USFL holds all games at Protective Stadium in Birmingham, Alabama and it was looking like the only team that plays at home would have a good shot at a 10-0 regular season. But after losing, the Stallions are now tied with the New Jersey Generals for the best record in the league. The Generals locked up the top seed in the North Division after beating the Panthers 25-23 on Saturday,

In Week 10, the Stallions will take on the Tampa Bay Bandits in their final regular season game. It has not yet been determined who the Stallions will play in the playoffs. The Generals and Philadelphia Stars will face off in the other playoff semifinal. 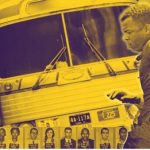 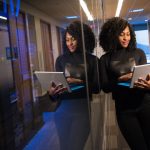 Next Article 5 Challenges That PKI Helps A Team Resolve

Learning How to Play Football

Learning how to play football is vital for success on the field. Effective throws can lead to successful attacking moves and help your team maintain […]

After stumbling out of the gates, the Cincinnati Bengals will try to make it two wins in a row when they take on the Miami […]