Witnesses said Ajit went into the pond on Friday to retrieve a soccer ball and apparently drowned after he suddenly went underwater.

“He was a passionate kid. He had his whole life ahead of him,” said Aram Bavoukian, a senior at New Milford High School.

Police said Ajit went into the frigid water of Hard Castle Pond at around 7 p.m.

“The water went up to his waist. Then it went up to his neck. Then he had his whole, full body in the water,” said 10-year-old Sam Rueda, who saw the tragedy unfold with his family.

“After he put his hands down, that was the last we ever saw of him. Then his friends started to panic,” Sam said.

“Next thing you know, they were putting the boat in the water. They were dropping the boat in, and another boat. Guys were suiting up,” neighbor Steven Cerenzio said.

Friends said he was a smart and kind kid. His classmates, like many others in the town, were in disbelief.

Friends and strangers stopped by the pond on Saturday to leave flowers at a small, but growing memorial.

“They’re all in shock,” Bavoukian said. “Like, it was so quick. You go from, like, we all had classes with him a couple hours before.”

“I don’t know. I just want the family to know they’re in my prayers. I was up all last night just thinking about that poor mom and what she had to go through,” neighbor Mary Lukas said.

Grief counselors will be available at New Milford High School on Monday, the school district said.

Police are still investigating the events leading up to the teen’s drowning. 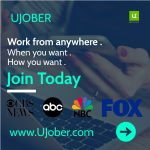 Next Article Top Tips on How to Become a Freelancer

Chairman of the Joint Chiefs of Staff Mark Milley is seen on video during the hearing on Thursday. (Jonathan Ernst/Reuters) Rep. Liz Cheney, the vice […]

One game at a time. One week at a time. Never look ahead. It has to be week by week. It’s a four-quarter season, with […]

12:44 AM ET Jamal CollierESPN MILWAUKEE — Three people were shot near Deer District outside Fiserv Forum near the conclusion of Friday night’s Game 6 […]