What Is Blockchain Technology?

While blockchain isn’t yet mainstream, it’s a hot topic for business leaders to consider. The technology could be the answer to many business problems, such as reducing costs associated with networking and verification. In addition to these benefits, blockchain has the potential to revolutionize business practices. In fact, every business engages in many types of transactions daily, and blockchain promises to streamline those processes. Many people already trust businesses and the information they share, so reducing the cost of these processes could save them a lot of money.

Distributed ledger blockchain technology can streamline and speed up the information flow in a variety of applications. It can also replace banks as repositories of money and intermediaries. The system’s shared database enables parties to exchange information and records in a tamper-proof manner. As a result, it can reduce the risk of fraud and make payments conditional on meeting certain milestones. In the future, it will be crucial to the infrastructures of financial markets.

The benefits of distributed ledger blockchain technology include the ability to monitor financial transactions and combat money laundering. The blockchain records cannot be tampered with because the information is shared across multiple nodes. Companies can use it to track assets and conduct tamper proof checks on them. These benefits have led to increased investment in this technology. If you’re in the financial industry and have a company that relies on this type of technology, you’ll probably want to learn more about the technology.

The price of Bitcoin and Ethereum has thrust the distributed ledger into the public consciousness. However, with the current price drop of cryptocurrencies, the implications of distributed ledger technology remain important. The technology has a tremendous potential in emerging economies. Although the United States has many advantages in terms of comfort, convenience, and safety measures, not everyone has the same benefits. With decentralized technology, newly growing economies can benefit from its widespread coverage.

A degree in Information Systems (MS-IS) can help you pursue a career in distributed ledger technology. Distributed ledger technology is a booming field that can help improve the efficiency and security of business transactions. Smart contracts and digital security can be made easier thanks to this technology. It’s also highly customizable, meaning that it can be tailored to the needs and goals of different stakeholders. The potential for the technology is immense, so a degree in the field can help you start making an impact right away.

Among its many strengths, blockchain technology is highly immutable. All transactions are recorded in blocks, linked to each other by hash keys, which refer to previous blocks. Any attempts to alter these transactions would result in a new hash key, which all nodes running the same validation algorithm would detect. Blockchain is a publicly shareable ledger, and all ledgers are constantly in sync with one another. The immutability of blockchain is one of the many features that make it a powerful financial asset.

A major disadvantage of blockchain technology is its scalability. Blockchains are constantly growing lists of records that are secured by cryptographic algorithms. Each block contains a hash, timestamp, and transaction data. This makes it nearly impossible to alter data and prevent transactions from being recorded in the wrong places. Immutability, therefore, is a critical feature for organizations that want to stay secure. However, the immutability of blockchain technology is not without flaws.

Blockchain technology is a promising innovation, with many promising features, but critics question its security and sustainability. While some aspects of the blockchain offer data confidentiality, integrity, and availability, others raise concerns about scalability, security, and sustainability. To address these concerns, organizations using blockchain technology should implement cyber security standards and controls. The DZone Guide to Security provides information security and blockchain-related statistics. To learn more about the benefits of blockchain, read the following articles.

One of the biggest problems blockchains face is tampering. Blockchain technology relies on private keys, which are long sequences of random numbers generated automatically by a wallet. Once you lose your private key, you cannot retrieve the data encrypted with it. A hacker or malicious actor can’t change the data unless all users have a copy. Another security concern is privacy. Because blockchains are private, hackers or tamper-proof, they are less likely to target sensitive data.

Despite its security flaws, blockchain technology has potential for addressing these problems. It can help protect data by allowing a user to sign their name and create a digital signature, making transactions more secure and private. Smart contracts can also be used in other industries, including real estate and health care. These uses of blockchain technology are not limited to corporates, and Coindesk has compiled a list of examples. The Pentagon is considering using the technology for its own cybersecurity shield. As a result of these advances, the U.S. military is now investing in research into the technology’s potential benefits.

The initial costs of blockchain technology are high because there is a scarcity of complementary human capital, learning, and adaptation costs. In order to cut costs, high-value applications can be deployed on existing blockchains. Private blockchains make existing infrastructure more efficient, and extensive margin applications create new markets. But early market applications are unlikely to generate high volumes, since they rely on simple transaction attributes and costless verification. The initial costs of blockchain technology will remain high until adoption rates increase.

In addition to the cost of implementing blockchain technology, there is a need to ensure the use of renewable energy. Many wind and solar farms are curtailed when there is no demand. If all of these wind and solar farms were used for cryptocurrency mining, China’s unused energy could power 80 percent of the world’s Bitcoin. To overcome these issues, some energy developers are turning to data centers as catalysts for renewable energy. Soluna Computing’s John Belizaire cites a wind farm project in Morocco, which deployed a blockchain solution to use the energy generated.

The adoption of blockchain technology will accelerate when these issues are addressed. It is expected that food safety concerns will drive adoption in Canada and other countries. Furthermore, a high number of people in Canada become ill each year due to contaminated food. The adoption of blockchain technology will help address these challenges and generate additional revenues and market share. And with the adoption of smart contracts, many companies are able to automate processes and reduce costs. A number of industry associations are already implementing this technology to address these problems.

The initial costs of implementing blockchain technology are higher than what other technologies such as bitcoin cost. Blockchain implementation requires significant expertise and specialized expertise, and can be expensive, requiring a substantial investment. With the rise of blockchain, it is essential to have the right infrastructure. The blockchain will be the backbone of this new type of financial infrastructure. With its streamlined processes, Blockchain technology is transforming the way people do business. The first step is to create a standard for blockchain.

The benefits of blockchain go far beyond the financial world. Blockchain can provide a self-management platform for parties to interact and exchange information on a global level. This will help cut down on costs and fraud while also allowing beneficiaries to receive their benefits more quickly. Using blockchain technology to track your food is already starting to have practical applications. Here are just a few of them. This technology is set to transform the way we do business.

Traditional systems are slow and error-prone. Additionally, using intermediaries can add time, stress, and money to the process. With blockchain, you can easily track and manage your identity and the information contained in it without having to worry about who is involved. Smart contracts and bonds that self-execute can also be used. By using blockchain, you can save time and money while still remaining completely transparent. And if you’re an individual looking to protect your privacy, blockchain can be the perfect solution for you.

Beyond banking, blockchain technology is being used in a variety of other industries. For example, government services can use it to improve data management. With proper data linking, transparency, and auditability can all be achieved. The retail industry can also benefit from this new technology. Companies that sell high-value products can put them into the Blockchain, ensuring they’re authentic and protect consumers against fraudulent transactions. They can also offer virtual warranties and streamline supply chain operations.

Copyright laws have become increasingly claggy with the rapid increase in access to the Internet. Blockchain can help beef up copyright laws for digital content downloads. Using blockchain to track the playback of music, film, and video files on streaming services can make payments to the proper parties faster and more transparent. It can also increase the overall efficiency of supply chains by reducing the need for paper-based trails. In addition, blockchain can improve the perception of quality among consumers. 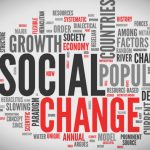 Previous Article What is Social Change? 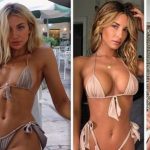 Next Article How to Compete in a Fitness Model Bikini Contest

Altech Chemicals (ASX: ATC) has spent much of the three month period to end September focused on the development of a sodium alumina solid state […]

We used to get excited about technology. What happened?

I had blinked at the aesthetic poverty of the most recent pitch for Meta’s Horizon Worlds VR game, featuring Mark Zuckerberg’s dead-eyed cartoon avatar against […]

June 28, 2022 Credit: PSW Scana-owned PSW Technology has signed a one-year extension of its frame agreement with the Norwegian offshore […]