What to watch from Joe Biden’s trip to the G7

President Joe Biden may be overseas in the Bavarian Alps, but the political division and sour mood he left behind will be difficult to ignore as he begins this year’s Group of 7 summit.

Rising costs – driven in part by the Russian invasion of Ukraine – will be central to Sunday’s agenda, where leaders will simultaneously work to sustain their pressure on Moscow while also looking for ways to ease price spikes that have cost them each politically.

That could prove a challenging task. Bans on Russian energy have contributed to a spike in global oil prices, yet leaders are loathe to ease up on sanctions they believe are having an effect on Russian President Vladimir Putin’s economy. One area they have announced action: Banning new imports of Russian gold.

“Here at this meeting of the G7, as well as at NATO, we will continue to do, collectively, everything we can to make sure that the Ukrainians have what they need in their hands to repel the Russian aggression,” US Secretary of State Antony Blinken said in an exclusive interview with CNN’s “State of the Union” on Sunday.

Blinken pointed to the import ban on Russian gold, existing sanctions on Russian oil revenues and international businesses leaving Russia as evidence of the sanctions’ impact. He also cited the fact of the NATO meeting itself – which begins later this week in Madrid – as a testament to Putin failing in his goals.

“When it comes to Putin’s strategic objectives, he’s already failed,” Blinken told CNN’s Jake Tapper. “We’re about to go to a NATO summit, where the alliance is going to show greater unity, greater strength than in my memory.”

At the same time, Biden continues to confront fallout from Friday’s ruling fundamentally altering abortion rights for women in the United States, a decision that’s drawn condemnation from several of his fellow world leaders.

The ruling put into sharp relief the divisions roiling American politics and institutions, which have acted as a worrying subtext for leaders observing Biden’s attempts at restoring American leadership.

Here are several things to watch at this week’s G7 summit:

Biden and fellow G7 leaders will discuss ways to punish Russia while still managing an unsteady global economy during their first day of talks Sunday in the Bavarian Alps. The conversations will produce some announcements and “muscle movements,” according to a senior White House official.

“A large focus of the G7 and the leaders are going to be, you know, how to not only manage the challenges in the global economy as a result of Mr. Putin’s war, but how to also continue to hold Mr. Putin accountable and to make sure that he is being subjected to costs and consequences for what he’s doing,” said John Kirby, the coordinator for strategic communication at the National Security Council, as Biden was flying to Europe.

Biden’s first engagement Sunday will be a bilateral meeting with the summit’s host, German Chancellor Olaf Scholz, followed by the opening G7 session focused on global economic issues that have been aggravated by the Ukraine war.

“I think leaders are going to be looking for ways to do two things: One, continue to hold Mr. Putin accountable and to increase the costs and consequences of his war on him and his economy,” Kirby said. “And two, minimizing as much as possible the effect of these rising oil prices and the way he has weaponized energy on nations, particularly on the continent but also around the world.”

That balance will define this year’s G7, as leaders work to sustain their pressure campaign on Putin while also confronting rising inflation that has cost some leaders’ politically at home. Biden remarked on the solidarity of the G7 and NATO on Ukraine and the Russian invasion, telling Scholz ahead of the two leaders’ meeting that the groups must remain unified.

“We have to stay together. Putin has been counting on from the beginning, that somehow NATO and the G7 would splinter, but we haven’t and we’re not going to,” Biden said.

The leaders were already united on one thing – sharing some laughs at the expense of Putin’s notorious photo shoots. As their summit in the Bavarian Alps got underway Sunday, British Prime Minister Boris Johnson asked whether he should keep his suit jacket on.

“Jackets on?” he asked, before joking about how the leaders had to look tough during their talks. “We have to show that we’re tougher than Putin,” he added. Canadian Prime Minister Justin Trudeau made a suggestion: “Bare chested horseback ride,” he said, as the leaders chuckled.

Biden has weathered some of the harshest blowback as he’s seen his approval ratings drop amid a rise in prices.

“There may well be rising pressure in US politics, in the sense of some people in the primaries we’ve seen already have said I don’t care about Ukraine. What matters is cost of living,” one European official said ahead of this week’s trip. “And if the President did get a bounce in the polls because of his leadership on Ukraine, that’s very fast being dissipated. So there’ll be that effect.”

Biden declared Friday the Supreme Court’s conservative majority “made the United States an outlier among developed nations in the world” by stripping the nationwide right to abortion.

Two days later, he will come face-to-face with the leaders of those nations in the Bavarian Alps, leaving behind a rapidly dividing country whose fractious politics have drawn the world’s concern.

The White House doesn’t believe the ruling or the fractures now splitting America will factor into Biden’s discussions.

“There’s real national security issues here that have to be discussed and the President is not at all concerned that the Supreme Court’s decision is going to take away from that at all,” Kirby said.

Yet four of the six fellow leaders Biden is joining in Germany found the ruling monumental enough to weigh in themselves.

Whether the ruling comes up in Biden’s private discussions remains to be seen. But the fundamentally changed and divided country he left behind will never be far from mind as he represents it on the world stage.

At last year’s G7 summit on the Cornish coast in England, Biden pressed fellow leaders into inserting tough new language condemning China’s human rights violations into a final communiqué. Leading up to the document, the group had at-times heated conversations behind closed doors about their collective approach to China.

The topic can make for fraught conversations since some European leaders do not necessarily share Biden’s view of China as an existential threat. Yet the President has made repeatedly clear he hopes to convince fellow leaders to take a tougher line. And Russia’s invasion of Ukraine has amplified the President’s oft-spoken warnings of autocracies versus democracies.

On Sunday afternoon, Biden, alongside other leaders, unveiled an infrastructure investment program targeting low- and middle-income countries designed to compete with China’s Belt and Road Initiative. Beijing has poured billions into building roads, railways and ports worldwide to forge new trade links and diplomatic ties. Biden has pitched a similar program in the past, dubbing it Build Back Better World.

But with that name apparently retired, the White House is renewing the effort in Germany.

“Today, we officially launched a partnership for global infrastructure and investment. We collectively have dozens of projects already underway around the globe. And I’m proud to announce to the United States and mobilize $200 billion in public and private capital over the next five years for that partnership,” Biden said.

“We’re offering better options for countries and for people around the world to invest in critical infrastructure that improves the lives – their lives, all of our lives- – and delivers real gains. For all of our people. Not just the G7, all of our people,” Biden said.

Some initial projects announced Sunday include solar technology in Angola, vaccine manufacturing in Senegal and a submarine telecommunications cable connecting Singapore with France running through Egypt and the Horn of Africa.

Through the Partnership for Global Infrastructure, the US and other nations plan to mobilize $200 billion over the next five years, a mix of grants, federal dollars and private sector investments, in projects in a variety of nations. A senior administration official laid out the differences between the US-backed initiative and Beijing’s Belt and Road, saying the Partnership for Global Infrastructure would be “standards-based” and factor in environmental, labor and good governance standards.

The US-backed program, unlike China’s, won’t saddle nations with debt, the official said.

“This is something that is critically important to President Biden,” the official said.

Still, the US will have to work overtime to compete with China’s program, which has invested billions around the world.

“I would argue that it is definitely not too late,” the official added. “The President did not waste any time when he came into office.”

Nations participating in China’s program have fallen further into debt and their GDP hasn’t grown significantly, the official said, along with higher rates of child labor.

This story has been updated with additional developments on Sunday. 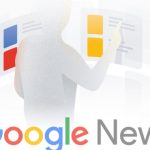 Previous Article Which News Sites Are the Best? 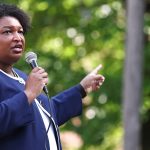 Photo by Samuel Corum/Getty Images WASHINGTON DC – I am 32 years old. This means that I have legally been allowed to vote for 14 years. […]

CNN  —  Gavin Newsom and Ron DeSantis aren’t just avatars for the different futures of their parties, but also for the separate realities blue and […]