What to watch in the sprint to the midterm elections

A version of this story appears in CNN’s What Matters newsletter. To get it in your inbox, sign up for free here.

Summer is nearly over. Primaries are mostly done. The sprint to Election Day is here.

With just two months before voters decide which party will control the House and Senate, there’s good news for Democrats on multiple fronts.

Plus, there’s new CNN reporting on Republicans in Washington worried about fundraising, infighting about strategy and concerned about the candidates who have won heavily contested primaries.

For now, the bottom line for 2022 is still that the history and the math are very complicated for Democrats. Republicans could do almost everything wrong and still walk away with a House majority, and maybe a Senate majority to boot.

The end of federally guaranteed abortion rights for American women could mobilize voters.

Democrats can point to some key wins in Congress – like a bipartisan infrastructure law that shows they can work across party lines and a climate change package that is a down payment on getting the country off of oil.

A targeted student loan forgiveness plan unveiled by President Joe Biden will help many of the Americans who feel crushed by college debt.

Democrats still plan to push on Capitol Hill for votes to codify abortion rights and same-sex marriage rights into law, although neither may have the support to break a GOP filibuster in the Senate.

The FBI search of Mar-a-Lago and ensuing legal battle between former President Donald Trump and the Department of Justice has been a distraction and a reminder of the chaos of the Trump years.

Plus, Republican party dons are frustrated with GOP candidates in some key Senate races.

Chiefly, inflation continues to make American life much more expensive, and there’s little Biden or Democratic majorities in the House and Senate can do about it.

Gas prices, a key barometer, have fallen but are still about $1.50 per gallon higher than they were when Biden took office.

Plus, the Federal Reserve’s cure for inflation – higher interest rates – will likely lead to a higher unemployment rate, which won’t necessarily make regular people feel better about the economy, even if it causes economists to breathe a sigh of relief.

The student loan debt cancellation has caused some frustration about a moral hazard since even some doctors and lawyers will see some of their debt forgiven. It’s also caused anger among those who already paid off their debts or went to work rather than to college.

And a flood of migrants at the border could motivate Republican voters as criticism of the Biden administration mounts.

I’ve mentioned this before, but it bears repeating that it’s extremely rare for the president’s party to gain ground in a midterm election.

Here’s what I wrote in a What Matters edition from late August about how the abortion issue has energized Democrats:

Since World War II, the president’s party has lost seats, often a lot of them, in every midterm election but two – in 1998 after Bill Clinton was impeached and in 2002 in the run-up to the war in Iraq.

If 2022 is added to that list, the extraneous circumstance would have to be the Supreme Court’s decision to overturn guaranteed abortion rights in the Dobbs v. Jackson Women’s Health Organization decision, which overturned Roe v. Wade.

This year, Democrats don’t have to lose a lot to lose control of the House and Senate.

Republicans need to pick up a net total of five seats in the 435-member House of Representatives.

The website Inside Elections with Nathan L. Gonzales tracks House and Senate races and it currently thinks there are 169 solid Democratic seats in the House compared with 188 solid Republican seats.

Of the “seats in play,” 54 are held by Democrats, 21 are held by Republicans and three seats are up for grabs as they aren’t currently controlled by either party because of redistricting. That means Democrats are essentially on defense in the House.

Republicans are belatedly working to give voters something to vote for rather than simply present an alternative to Democrats.

In a riff on the “Contract with America” that helped the GOP take control of the House after the 1994 elections, House Republican leader Kevin McCarthy will unveil a “Commitment to America” in Pittsburgh on September 19, according to Axios.

The platform will focus on reducing government spending, securing the border, protecting freedoms like speech and holding government accountable. That last point is an obvious push to use a congressional majority, should they win, to investigate the Biden administration and push for “safe and fair elections.”

In the Senate, Republicans need a net gain of just one seat, but with only a handful of truly competitive seats, that could still be a tall order.

CNN’s Simone Pathe is out with her semiregular must-read, “The 10 Senate seats mostly likely to flip in 2022.”

The competitive field is evenly split. Pathe has five GOP-held and five Democrat-held seats on her list.

At the top of her list of seats that could flip is the increasingly rancorous Senate race in Pennsylvania, where the celebrity candidate Dr. Mehmet Oz has been criticizing the health of the Democratic candidate: the tattooed, hoodie-wearing Lt. Gov. John Fetterman. In an interview with Politico on Wednesday, Fetterman committed to debate Oz, though he declined to provide specifics.

Another major concern for Republicans is a growing Democratic fundraising lead. Money helps candidates (and their allies) put their message on the TV screens and in the mailboxes of voters and can be a barometer of the excitement a candidate generates.

Democrats are trouncing Republican candidates who should be doing better at raising cash, as was pointed out with an eye-popping graphic on CNN’s “Inside Politics.”

In particular, Ohio is a state that has trended Republican in recent years at the state and presidential level but could end up with two Democratic senators come January, if Democratic Rep. Tim Ryan’s $22 million compared with Republican rookie candidate J.D. Vance’s $3.5 million is an indication.

Note: As CNN’s Nia-Malika Henderson pointed out, what ties so many of these Republican candidates is two things:

My question: Does that mean insiders are in this year? Can’t wait to find out in November.

CNN’s Manu Raju and Alex Rogers have reported on the dustup among the GOP party bigwigs in Washington, where there’s frustration that a hands-off approach by Florida’s Sen. Rick Scott, who chairs the National Republican Senatorial Committee, has led to poor “candidate quality” – to borrow Sen. Mitch McConnell’s phrasing – and fundraising problems. Read more.

CNN’s Chris Cillizza points out that Scott and McConnell have repeatedly “butted heads” and notes that Scott pushed back in an op-ed in the Washington Examiner last week.

Scott didn’t exactly call McConnell a treasonous coward, but who else could he have been talking about?

“Unfortunately, many of the very people responsible for losing the Senate last cycle are now trying to stop us from winning the majority this time by trash-talking our Republican candidates,” wrote Scott. “It’s an amazing act of cowardice, and ultimately, it’s treasonous to the conservative cause.” Read more from Cillizza.

All of that will be forgotten if Republicans can eke out five House seats and one Senate seat. History is on their side, even if the political winds are not as favorable, at least right now. 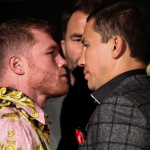 Ukraine, Russia battle in the east as Zelenskyy visits front

A conversation about compromise in 2023

MADISON, Wis. — As Gov. Tony Evers gets ready to begin his second term in January, compromise with Republican leaders who control the legislature will […]

JEFFERSON CITY — Missouri lawmakers approved a series of tax credits for the agriculture community Tuesday, but stripped the proposed law of a provision that […]