MARSHALL — The Marshall City Band will perform its first concert of its 147th season at 8 p.m. Friday, June 3, on the Clark County Courthouse lawn.

Heather Setzer, a member of the band for 22 years, has been named its new director as former director Blake Reynolds has excepted a position in Tennessee.

The concert will open with “The Huntress March”, “Beauty and the Beast”, “All Glory Told”, “Chillers and Thrillers”, Defying Gravity”, “Trombonanza”, “Amazing Grace”, Amparita Roca”, Ashokan Farewell, “Colonel Bogey”, and end the concert with “The Star-Spangled Banner”.

The band has been in continuous operation since 1875 with 50 band members from across the Wabash Valley.

The Marshall Area Chamber of Commerce will also be kicking off its Marshall Farmers Market to run each Friday from 4-7:30 p.m. around the courthouse square before each concert. Many organizations host ice cream socials during the band concerts and the Lion’s Club antique popcorn wagon will also be open each Friday.

CHARLESTON — The Embarras Volunteer Stewards will hold a workday from 9-11 a.m. Saturday, June 4, to remove bush honeysuckle and multiflora rose at Lake Charleston. Meet at the spillway parking. Work will be done on the hill above the shelter.

All are welcome, and no prior experience is necessary. Sturdy footwear and gloves are recommended. Tools are provided.

NEOGA — The Neoga Area Community Choir will be presenting “A Summer Gospel Concert” on Sunday, June 12, at the Grace United Methodist Church in Neoga

The concert, which starts at 4 p.m., will include “I Believe in a Hill Called Mount Calvary,” “Sweet Beulah Land,” “Where Could I Go” and “Till the Storm Passes By.”

A total of 11 songs will be performed, plus two additional specials by two of the choir members. The concert is free to the public.

My Town: Clint Walker’s memories of Coles County as pulled from the archives

Receive the latest in local entertainment news in your inbox weekly! 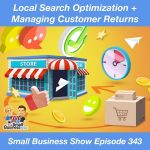 By LINDSEY BAHR, AP Film Writer “Lightyear” did not go to infinity (or beyond) in its first weekend in theaters: Pixar’s first major theatrical release […]

Police said a total of 17 patrons at an entertainment centre in Petaling Jaya were arrested yesterday after testing positive for drugs. — Picture by […]

And just like that, Aidan is back. John Corbett has reprised his role as iconic “Sex and the City” hunk Aidan Shaw for Season 2 […]

Former Disney Channel star Dan Benson is opening up about how he turned a “pretty traumatic” experience into something that’s “changed [his] life for the better.” […]