The Biden administration says it is launching a new push to boost the use of several effective COVID-19 treatments nationwide. After months in short supply, federal officials say the medications are now more widely available, yet are being underused.

As part of the new effort, the federal government plans to allow thousands of more pharmacies to directly order highly effective COVID-19 treatments like Pfizer’s Paxlovid antiviral pills, which can reduce the risk of becoming severely ill. They also plan to launch additional “test-to-treat” sites, where Americans can get diagnosed and receive the pills in a single visit.

Paxlovid was first authorized by the Food and Drug Administration in December, and supplies were hard to come by at first. Now the pills are no longer scarce, but they still aren’t getting to everyone who might benefit from treatment.

“It’s pretty clear from the uptake of Paxlovid, and the rate of hospitalizations and deaths over the months that Paxlovid has been available, that there are still some folks who could have benefited from these medications,” an administration official told reporters on Monday in a briefing to preview the announcement.

Officials said Monday that reported use of the antiviral pills has more than doubled over the past month, from 22,000 courses a week to over 55,000. That comes as cases and hospitalizations have begun to climb nationwide, driven by the highly-contagious Omicron BA.2 subvariant.

In New England, federal data has tracked the pace of new COVID-19 hospitalizations surging among patients 70 and older — the age group most vulnerable to severe COVID-19 — since the beginning of April. The rate of new admissions is now higher than the peak reached over the Delta variant wave last year, but remains a fraction of the record highs during the winter Omicron wave.

“We certainly know that there’s more room to go. We can save more lives by giving this medication to more people,” said the official.

Paxlovid treatment needs to begin within a few days of first developing symptoms.

A course of treatment is made up of three tablets that are taken twice a day, in the morning and evening, over the course of five days, for a total of 30 pills. Initial clinical trials showed the drug reduced the risk of COVID-19 hospitalization or death by 88%, compared to placebo.

Paxlovid cannot be taken at the same time as several medications that can reduce the drug’s efficacy or lead to potentially fatal side effects.

Through outreach to doctors and patients, officials say they hope more eligible Americans will act quickly to get the now-plentiful antiviral pills sitting on pharmacy shelves.

“A lot of providers early on in that scarcity mindset, when there were fewer courses available across the country, were really reserving this for only the folks who they thought would be the sickest of the sick,” an administration official told reporters.

On Monday, the Centers for Disease Control and Prevention issued a health alert urging doctors to step up prescribing of effective COVID-19 treatments — and imploring at-risk patients who test positive not to delay in contacting their doctors, “even if your symptoms are mild.”

A “tranche” of more than 100,000 courses of the antiviral pills will be made available to all of the federal government’s pharmacy partners to order directly, instead of through federal and local allocations. Officials say they expect the move will raise the number of sites with drugs in stock from 20,000 to 30,000.

That comes on top of efforts like the administration’s nationwide “test-to-treat initiative” launched at thousands of pharmacies earlier this year.

Following concerns that the program was inaccessible to Americans living in many parts of the country, officials said the administration is planning to launch new “federally-supported Test-to-Treat sites” beyond the 2,200 locations currently in the program.

“I think we’re going to be working really closely with these new federally supported sites, work directly with state, territorial, and jurisdictional leadership to identify the places that need more support,” said an administration official.

Officials acknowledged that the new moves do not address some of the criticisms levied against the Biden administration’s treatment effort.

Despite objections from pharmacy trade groups, the FDA excludes most pharmacists from being able to prescribe Paxlovid or Lagevrio. For at-risk Americans without access to a “test-to-treat” drugstore that has a qualifying provider available, this means some will have to make multiple trips to get the pills.

“You have to develop COVID symptoms, you have to subsequently get a test for COVID-19, get the result of that test, find and go to see a provider, get a prescription, and then fill that prescription. That’s six steps in five days,” said an official.

It also does not include an expansion to who is eligible to take the drugs under the FDA’s emergency use authorization.

Speaking at Uniformed Services University earlier this month, Dr. Anthony Fauci, the president’s chief medical adviser, hinted that Paxlovid might soon be expanded to lower-risk patients “in order to prevent them possibly from getting long COVID.”

Both Pfizer and Merck have also been running a range of trials that might support expanding use of the antiviral pills to more people. Results could come soon from a trial assessing Paxlovid in people who are exposed to the disease, but have not yet developed symptoms, which was due to be completed earlier this month.

And administration officials at the briefing did not bring up growing reports of “rebound” or “relapse” symptoms — people who appear to recover from COVID-19 after taking the antiviral pills, but later get a new round of symptoms — which might lead to SARS-CoV-2 evolving resistance to the treatments.

A spokesperson for Pfizer said the company was continuing to monitor data from their clinical trials of Paxlovid as well as real-world evidence, and has “not seen any resistance” to the drug.

In a statement, an FDA spokesperson acknowledged that reports of rebound “are important to evaluate further,” but reiterated that the drug appeared 88% effective at reducing the risk of hospitalization or death in its clinical trial.

“The FDA is evaluating the reports of viral load rebound after completing Paxlovid treatment and will share recommendations if appropriate,” said the FDA’s Chanapa Tantibanchachai. 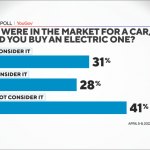 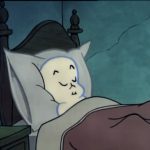 BY KIM BELLARD We’re almost two weeks past Hurricane Ian. Most of us weren’t in its path and so it just becomes another disaster that […]

BY MICHELLE SNYDER Unless you have been off the grid for the past few months (which frankly sounds kind of nice right now), you know […]

Our Plants Should Be Plants – The Health Care Blog

BY KIM BELLARD It seems like most of my healthcare Twitter buddies are enjoying themselves at HLTH2022, so I don’t suppose it much matters what […]