Following a deadly wrong-way crash in Lake Worth Beach, WPTV is looking into what technology is being used to track and prevent wrong-way driver accidents.

A Palm Beach County grandmother said there’s a serious need to crack down on wrong-way drivers.

“There’s a big safety issue,” she told WPTV. “It can kill so many people, so many people. I have 12 grandchildren. I worry for their safety on the road.”

According to the most recent data from American Automobile Association,135 people died as a result of a wrong-way driver between 2015 and 2018 in Florida.

The spokesperson for the Florida Department of Transportation said they have “Wrong Way” signs at all Interstate 95 exit ramps.

FDOT’s focus is now on enhancing those safety measures by installing detections systems, which will alert them when and where there’s a wrong-way driver.

“Wrong way driving incidents are some of the most deadly and gruesome incidents that happen on the roadway,” said Alex Perry, an expert with Traffic and Parking Control Co., Inc.—one of the companies supplying safety equipment to FDOT. “We consider them to be the most fatal of all accidents.”

Perry said the goal is to alert a driver they are going the wrong direction before they get on the interstate.

“When the drivers see those warnings, the goal is to get them to self-correct,” Perry said.

However, if that doesn’t stop them, the device will send an alert to FDOT within seconds.

“If we have a certain number of frames where this vehicle is going the wrong way through the detection zone, we trigger a wrong-way event,” said Craig Waltzer, CEO of GovComm—another company supplying safety equipment to FDOT.

FDOT did not say how many I-95 exit ramps have the added technology. 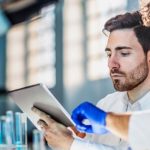 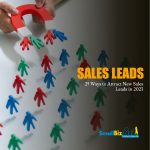 This year marks the 23rd anniversary of the College of Education and Human Development’s Nevada Math & Technology Camp. It is the first time the […]

In September, a new Tulsa-based venture capital fund was announced. It’s called EIC Rose Rock and it’s not a typical VC fund. The fund was […]

Assisted technologies that support cognition, mobility and self-care are now so integral to human life that most people do not consider them as supportive aids […]

Participants prepare their robots for a Sumo competition during the Robochallenge, part of the first edition of Robofest technology festival in Bucharest, capital of Romania, […]