WWE is heading to London, England for its first major event in two decades. WWE Money in the Bank will take place at the O2 Arena on Saturday, July 1, marking the first time WWE has aired a premium live event or pay-per-view in the country since 2003.

WWE has not held an event of this scale in England since 2003’s “Insurrextion” PPV in Newcastle. Insurrextion was headlined by Triple H vs. Kevin Nash (with Shawn Michaels) for the vacant world heavyweight championship. All three superstars have since retired from in-ring performing with Triple H and Michaels being promoted to chief content officer and senior vice president of talent development creative, respectively.

WWE’s most recent visit to the United Kingdom was for September’s Clash at the Castle in Cardiff, Wales. It was the first U.K. stadium show since 1992’s SummerSlam headlined by The British Bulldog vs. Bret Hart and featuring the likes of “Macho Man” Randy Savage and The Ultimate Warrior. 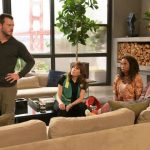 Previous Article Did We Just Watch the Series Finale? (We Better Not Have) 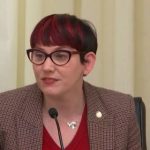 Next Article Minnesota Democrat argues for menstrual products in boys’ bathrooms: ‘Not all who menstruate are female’

LeBron James hints at interest in playing with younger son Bryce: ‘I feel like I could play for quite a while’

USATSI LeBron James has long made it clear that he plans to play in the NBA with his son, Bronny James, when the latter eventually […]

Sunday’s heavyweight matchup between Luis Ortiz and Andy Ruiz is, in all likelihood, the last chance for either man to battle their way back into […]

If a dead time exists in the year-round NBA calendar, early August is it. As we all sit in a Kevin Durant-Kyrie Irving-Donovan Mitchell holding […]