On the eve of the 100th day of the war in Ukraine, President Volodymyr Zelenskyy said Thursday in an address to the Luxembourg parliament that Russia now controls about 20% of his country.

The startling statement came at a time when Russia is making slow but steady gains in the eastern Donbas region, including taking over most of the key city of Sievierodonetsk.

Zelenskyy’s estimate appeared to include not only the Russian conquests during the invasion it launched Feb. 24 but also its 2014 annexation of Crimea and partial command of disputed territory in Luhansk and Donetsk in the east, which he referenced in his speech.

Whatever the precise accounting of how much Ukrainian territory Russia has seized, Zelenskyy’s message of the need for European unity in standing up to Russian President Vladimir Putin was unmistakable:

“When we win this war, all Europeans will be able to continue to enjoy their freedom,” he said. “But if the person who wants to destroy any freedom in Ukraine and Europe prevails, there will be a dark time for everyone on the continent.”

►President Joe Biden plans to travel to Saudi Arabia later this month as he seeks a decrease in gas prices that have skyrocketed since the war in Ukraine started, the New York Times reported.

►Amid growing concerns of a global food crisis caused in part by a Russian blockade preventing Ukraine from shipping millions of tons of grain, U.N. and Turkish officials are trying to broker a safe passage to allow the agricultural products to be exported.

►A memorial was held in the Russian region of Karachay-Cherkessia for retired Russian Gen. Kanamat Botashov, 63, a legendary pilot shot down in Ukraine. Local authorities said he “died heroically while performing his military duty.”

►Danish Foreign Minister Jeppe Kofod said Thursday that he expects Denmark to join the European Union’s common defense on July 1. In a referendum on Wednesday, two-thirds of voters opted to abandon a 30-year-old waiver that kept the NATO member from full participation.

As Russia continues its intense assault aimed at taking over the eastern Donbas region, Ukrainian forces are attempting to fend them off while awaiting new weapons that “really can save the lives of our people and defend our land,” President Volodymyr Zelenskyy said Thursday.

In his nightly video address, Zelenskyy reported some progress in the efforts to defend the city of Sievierodonetsk, which is mostly under Russian control, and said fierce battles are also being waged in Lysychansk, Bakhmut and others.

“The longer the war goes on, the more vile, shameful and cynical things Russia is forever inscribing in its history,” he said.

Help for the Ukrainians in on the way. Britain said it will send them sophisticated medium-range rocket systems, a day after the U.S. and Germany made similar pledges. Sweden (anti-ship missiles, semi-automatic rifles, anti-tank weapons) and Slovakia (howitzers) also committed Thursday to delivering weapons.

“Any advance in the southeast is already costing Russia a lot, including the loss of equipment and soldiers,” Ukrainian military analyst Oleh Zhdanov told The Associated Press. “And new deliveries of Western weapons to Ukraine could turn the tide.”

‘No one wants to invest in Russia anymore,’ German leader says

Russia’s economy is falling apart and “time is working against Russia” and its president, Vladimir Putin, a top German official said Thursday.

Since invading Ukraine more than three months ago, Russia has secured modest gains in its battle for control of the eastern Donbas region. Income from energy sales to Europe has played a major role in funding Russia’s war, and Habeck acknowledged that Russia has been aided by historically high energy prices and Europe’s inability to completely halt purchases.

“We can only be ashamed that we haven’t yet managed to reduce this dependence more significantly,” said Habeck, who is also Germany’s economy minister. But he added that “Putin is still getting money, but he can hardly spend it” because of Western sanctions.

Russian President Vladimir Putin has fired five generals and a police colonel in what state-run media outlet Pravda described as “a standard employee reshuffle procedure.” All six had been assigned to the Ministry of Internal Affairs, which is responsible for law enforcement across the nation of 145 million people.

Putin has fired several high-ranking military members amid the mixed results his troops have seen in Ukraine. Lt. Gen. Serhiy Kisel, a leader of the Russian Army’s failed effort to capture the northeastern city of Kharkiv, was dismissed, as was Vice Adm. Igor Osipov, who led Russia’s Black Sea fleet when Ukrainian forces sank its flagship, the Moskva.

Ukraine warns teachers in occupied areas not to work for Russians

Vice Prime Minister Iryna Vereshchuk appealed to teachers in areas occupied by Russian troops to leave rather than work for any Russian-installed government. She also urged parents not to send their children to school in occupied areas.

In a message on Telegram, she said there would be no normal life in the temporarily occupied settlements until they were reunited with Ukraine. A wrong decision now by a teacher “can forever destroy professional life,” she said.

New US ambassador in Kyiv: ‘No place on the planet I would rather be’

The new U.S. ambassador to Ukraine presented her credentials to Ukraine President Volodymyr Zelenskyy and pledged that her top priority will be to “help Ukraine prevail against Russian aggression.” Bridget Brink said delivery of military aid is being accelerated and that, within days of a decision, military hardware is transferred to the Ukrainian military.

“There is no place on the planet I would rather be,” Brink said. “President Biden has said that we’re going to be here, helping Ukraine, for as long as it takes. And that’s what we’ll do.”

The Biden administration announced a new round of sanctions Thursday against top Russian oligarchs. The State Department said the sanctions are targeting prominent Russian government officials and business leaders, luxury property of elites and luxury asset management. The White House also said the actions will crack down on evasion and tighten sanctions to “increase pressure on Putin and his enablers.”

Targets include God Nisanov, a real estate investor and one of the richest people in Europe; Evgeny Novitskiy, a Russian elite with close ties to Russia’s government; Maria Zakharova, spokeswoman for the Foreign Ministry; and Sergey Gorkov, the head of RosGeo and a former executive of sanctioned banks.

“The United States will continue to support the people of Ukraine while promoting accountability for President Putin and those enabling Russian aggression,” Secretary of State Antony Blinken said in a statement.

A Turkish defense contractor responded to a Lithuanians fund drive aimed at buying a drone for Ukraine by saying it will donate the drone. A total of $6.2 million was crowdfunded in less than a week, mostly in small donations, according to Laisves TV, the Lithuanian internet broadcaster that launched the drive. The Turkish company, Baykar, is donating a medium-altitude, long-endurance armed drone that is about 21 feet long with a 39-foot wingspan.

“Upon learning this, Baykar will gift a Bayraktar TB2 to Lithuania free of charge and asks those funds go to Ukraine for humanitarian aid,” the company tweeted.

More than $1.5 million of the money raised by Lithuanians will be spent on drone munition, and the rest will provide that aid, Lithuanian officials said.

Basketball star Brittney Griner, in Russian custody since days before the Ukraine invasion, is receiving and responding to emails from other WNBA players. All correspondence is vetted by Russian officials. Vape cartridges containing oil derived from cannabis were allegedly found in the two-time Olympic gold medalist’s luggage at an airport near Moscow. She’s accused of drug smuggling and could face 10 years in prison. Her lawyers say the charges are bogus.

“She jokes in her letters. I don’t know how she does it with what she’s going through. She’s an amazing soul,” Los Angeles Sparks forward Amanda Zahui B. said. “She brings light in a situation like this. I don’t think a lot of people could manage to do that.”

Lawmaker: Ukraine cities could vote on joining Russia this summer

Referendums to join Russia are likely to be organized this summer in the separatist Ukrainian territories of Donetsk and Luhansk along with the occupied cities of Kherson and Zaporizhzhia, a high-ranking Russian lawmaker said Thursday. Leonid Slutsky, leader of the Liberal Democratic Party and chairman of the Russian Duma’s Committee on International Affairs, said it is “no secret that there is such sentiment in Donbas and the Kherson and Zaporizhzhia regions.”

Kremlin Spokesman Dmitry Peskov said such referendums would require “the will and the desire of the people living there” along with other conditions.

Russian troops are making steady gains in separatist Luhansk Oblast, enabled by a heavy concentration of artillery, the British Ministry of Defense said Thursday. But the assessment adds that those gains “have not been without cost,” citing losses sustained by Russian forces.

Crossing the Siversky Donets River is vital for Russian forces as they secure Luhansk and switch focus to Donetsk Oblast, the assessment says. Potential crossing sites remain controlled by Ukrainian forces that have destroyed existing bridges. “It is likely

Russia will need at least a short tactical pause to re-set for opposed river crossings,” the assessment says. “To do so risks losing some of the momentum they have built over the last week.”

President Joe Biden’s decision to provide Ukraine with longer-range precision rockets unleashed angst in Moscow and applause in Kyiv. But it’s not clear yet how much of a difference the advanced weapons will make in what has become a stalemate with no clear endgame. It also remains to be seen how Russia will respond to the U.S. move. As the U.S. has ramped up the flow of American-made weapons to Ukraine, the Kremlin has increasingly tried to frame its invasion as a proxy war between Washington and Moscow, although Biden has repeatedly said he would not send American troops to fight in the conflict.

“The Biden administration argues this most recent military aid package will help Kyiv target Russian artillery behind the front and give the Ukrainians more leverage when or if negotiations resume,” said Daniel DePetris, a fellow at Defense Priorities, a Washington-based think tank that advocates for military restraint. “Unfortunately, no negotiations are on the horizon.” Read more here. 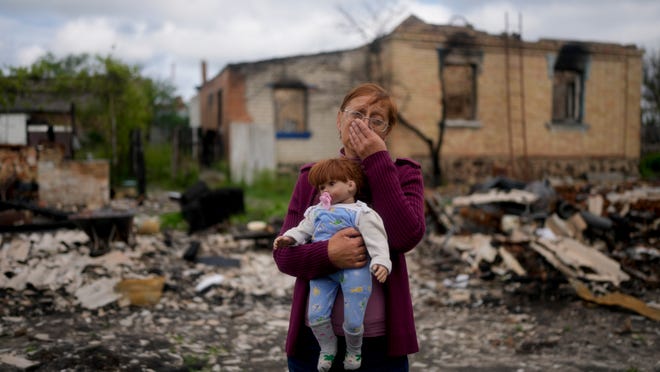 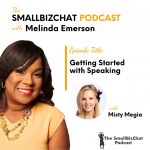 One child has been located and another is still missing after two 5-month-olds were abducted from a restaurant parking lot Monday night in Columbus.According to […]

Stock futures fell on Friday morning as traders evaluated September’s jobs report, which showed the unemployment rate continuing to decline and sparked an increase in […]

Getty Images Raiders receiver Davante Adams was visibly frustrated with the outcome of Monday night’s game. He allowed his frustration to get […]