Sanctions have failed to deter Russia’s invasion and a stalemate in the war is “not an option for us,” Ukraine President Volodymyr Zelenskyy said Tuesday.

“We are inferior in terms of equipment, and therefore we are not capable of advancing,” he said. “We are going to suffer more losses. And people are my priority.”

Zelenskyy also rejected talk of Ukraine yielding Crimea or the Donbas as part of any peace deal. And he chastised Western governments that might grow impatient because of the economic impact of the war.

“They are supporting Ukraine but also checking what can be done to weaken sanctions so business doesn’t suffer,” Zelenskyy said.

USA TODAY ON TELEGRAM: Join our Russia-Ukraine war channel to receive updates straight to your phone

►Russia says it has opened a land route between Russia and occupied Crimea through the temporarily occupied southern oblasts of Ukraine. A land connection was a key goal of Russia’s invasion.

►Kirill Stremousov, deputy chief of the Kherson Region’s military-civilian administration, said he believes residents of the occupied territory will likely decide to join the Russian Federation.

US officials sail away with $325M, Russian-owned superyacht

U.S. authorities took command of a $325 million, Russian-owned superyacht and sailed it out of Fiji’s Lautoka harbor Tuesday after the South Pacific nation’s Supreme Court lifted a stay that had delayed the seizure. Fiji Chief Justice Kamal Kumar ruled that the chances of defense lawyers mounting a successful appeal were “nil to very slim.” He said the 348-foot yacht Amadea “sailed into Fiji waters without any permit and most probably to evade prosecution by the United States.”

The FBI has linked the yacht – featuring a lobster tank, swimming pool and helipad – to Russian oligarch Suleiman Kerimov. Mark Lambert, a deputy assistant secretary of State, expressed gratitude to Fiji for collaborating on the seizure.

“The world has spoken and has said that we are going to go after these assets together,” Lambert said.

“We need Israeli assistance,” Korniychuk said. “I mean that we need the military-technical support, we need the Iron Dome… that will allow us to save our civilian women and children from the shelling of the Russian missiles.”

More than 4,200 civilians have been killed and 5,000 injured since the war began Feb. 24, the Office of the UN High Commissioner for Human Rights says. The agency says the actual figures are probably considerably higher, as the receipt of information from some locations where intense hostilities have been ongoing has been delayed and many reports are still pending corroboration.

Most of the civilian casualties were caused by “explosive weapons with a wide impact area,” including shelling from heavy artillery, multiple launch rocket systems, missiles and air strikes, the agency said.

A “significant” part of the Donetsk and Luhansk regions in the Donbas are now occupied by Russian troops, Russian Defense Minister Sergei Shoigu said Tuesday. Shoigu also said the residential areas of Sievierodonetsk have been seized, and now the army is working to take control of the industrial zone and the surrounding settlements.

The head of the military-civilian administration of Sievierodonetsk, Alexander Stryuk, said fierce street battles are raging. Ukraine forces face heavy artillery fire, but are doing their best to defend the city, he said. Sievierodonetsk and Lysychansk are the last major cities in Luhansk to avoid complete Russian occupation.

“In general, 97% of the territory of the Luhansk People’s Republic has been liberated to date,” Shoigu said.

Zelenskyy adviser confident all occupied land will be retaken

Mykhailo Podolyak, adviser to Ukraine President Volodymyr Zelenskyy assured his countrymen Tuesday that Kyiv will retake all land currently under Russian control and urged Ukrainians to be patient. Podolyak said Ukraine must make sure that “every village we temporarily cede and then take back costs Russians a lot of blood” and drains Russia’s military resources. Podolyak stressed that Ukraine is still waiting for more weapons from its allies.

“Don’t let the news that we’ve ceded something scare you,” Podolyak said in a short video address Tuesday. “It is clear that tactical maneuvers are ongoing. We cede something, we take something back.”

Kyiv’s cultural centers are slowly reopening. The Theater on Podil reopened to sold-out crowds over the weekend, and movie theaters and the National Opera also reopened in recent weeks. The National Museum of History of Ukraine is also open, and its new exhibit features the Russian invasion of Kyiv region. Visitors can see equipment and personal belongings left by the Russian soldiers who retreated, Russian propaganda instructions and materials, remnants of ammunition and photographs taken by museum staff in the destroyed and looted surrounding towns and villages.

“Our children must also understand what time they live in, what war is,” said Minister of Culture and Information Policy Oleksandr Tkachenko. “But at the same time, understand that life goes on. And cultural life is proof of that. “

Ukraine has added another general to the list of high-ranking Russian officers it has killed in the war. Russian state media and the Ukraine military confirmed Monday the death of Maj. Gen. Roman Kutuzov during fighting in the Donbas region, the BBC reported. The Russian defense ministry has not commented.

Reporter Alexander Sladkov of state-owned Rossiya 1 said on the Telegram social media app that Kutuzov had been commanding troops from the self-declared Donetsk People’s Republic. “The general had led soldiers into attack, as if there are not enough colonels,” Sladkov wrote.

Ukraine has targeted Russia’s top officers and says it has killed 12, although some of those claims have been disputed. Western intelligence officials have confirmed the death of at least seven senior commanders, the BBC said. 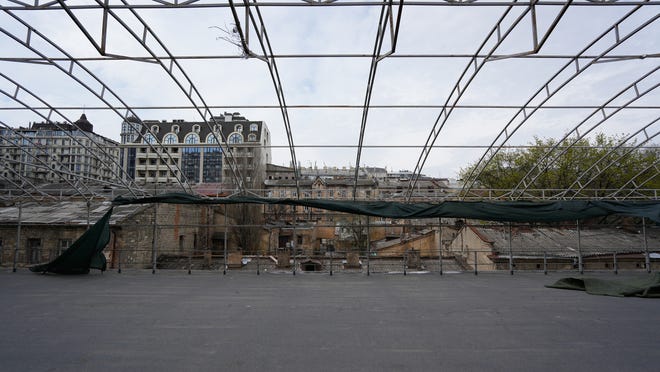 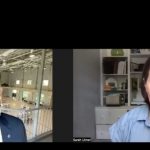 The police chief who officials said decided to wait to confront the gunman at Robb Elementary School in Uvalde, Texas, completed an active shooter training […]

With favorite Epicenter and Zandon dueling in front, Rich Strike came charging up the rail for a stunning 80-1 upset in the Kentucky Derby on Saturday. […]